BY hellodrdavis on June 29, 2019 | Comments: one comment
Related : Soap Opera, Spoiler, Television, The Young and the Restless 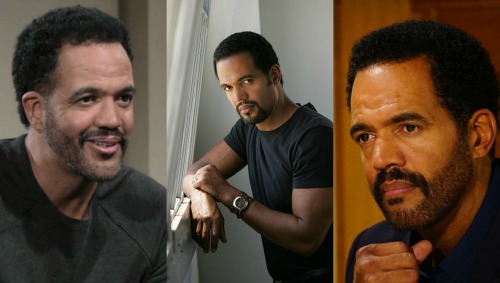 The Young and the Restless spoilers has some news to pass on about an upcoming ceremony planned to honor the late Kristoff St. John, who portrayed Neil Winters on the CBS soap. As Y&R viewers know, Kristoff passed away in February at the age of 52.

But fans haven’t forgotten Kristoff or his legacy. Y&R aired a special tribute episode to him several weeks ago, along with several episodes centering around the death of Kristoff’s character, Neil. The episodes were moving and a wonderful tribute to the late actor.

Now Kristoff’s ex-wife, Mia St. John, has planned an unveiling ceremony for the bench/headstone that was created for Kristoff’s gravesite. She posted an announcement about the ceremony on Twitter in a thoughtful gesture for Kristoff’s friends and fans.

Mia’s tweet reads: “The Bench/Headstone of @kristoffstjohn1 is complete and will be unveiled on his birthday, July 15, 2019, at 12pm to 1pm in Westlake Village, California. Kristoff was buried next to his son @TheArtofJulian ‘I Stay Lookin’ Up,’” Along with the tweet, Mia posted a picture of the invitation, which you can see below.

Mia’s followers have been steadily replying to the announcement, many of whom are grateful to have been invited to the ceremony. One fan said, “Thank you for inviting all of us. I wish I could attend. God bless you, Mia. You are in my prayers. I will always miss Kristoff.”

And another follower said, “I wish I could be there to honor him. I will honor him from afar, and will be thinking and praying for you all.” This follower’s sentiments likely sum up what most of Kristoff’s fans are feeling…that while they can’t be present at the ceremony, they continue to honor Kristoff and will be there in spirit.

Our thoughts continue to go out to Kristoff’s family, as they prepare for this touching dedication ceremony. Stay tuned to the CBS soap and don’t forget to check CDL often for the latest Young and the Restless spoilers, updates, and news.

The #Bench #Headstone of @kristoffstjohn1 is complete and will be #unveiled on his #Birthday, July 15, 2019 at 12pm to 1pm in Westlake Village, California. Kristoff was buried next to his son @TheArtofJulian “I Stay Lookin’ Up” 🦋 pic.twitter.com/LjOgcAqHcJ