The Young and the Restless Spoilers: Familiar Face Heads Back to Genoa City – See Which Y&R Star’s Returning and Why

BY Heather Hughes on February 7, 2019 | Comments: one comment
Related : Soap Opera, Spoiler, Television, The Young and the Restless 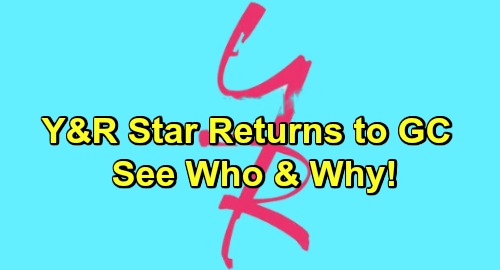 The Young and the Restless (Y&R) spoilers tease that a familiar face is headed back to the CBS soap. Lauren Woodland will reprise her role as Brittany Hodges Guittierez, which can only mean one thing: legal trouble!

Michael Baldwin (Christian LeBlanc) is an excellent lawyer, but he can’t singlehandedly defend all the guilty people in Genoa City. There’s always another side to the story, but just about everyone’s culpable in one way or another.

Nikki Newman (Melody Thomas Scott) isn’t guilty of killing J.T. Hellstrom (Thad Luckinbill), but she is guilty of a deadly cover-up. She’s lied to the cops repeatedly along with the rest of the girls’ night gang.

Nikki will come forward with a confession soon, but things will quickly get messy. She’ll undoubtedly take full responsibility and try to leave the others out of it, but that plan isn’t going to pan out. 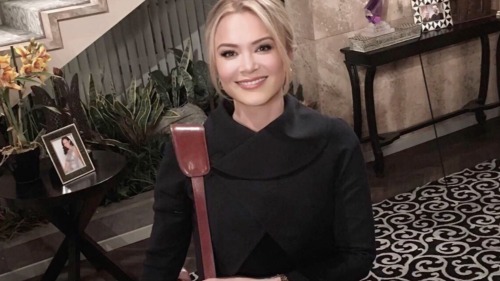 Nikki can’t omit Victoria Newman’s (Amelia Heinle) role in the story unless she wants this to look like an actual murder. She’ll have to share the part about J.T.’s attack on Victoria and hope her daughter doesn’t face too much backlash. However, Nikki may stay tight-lipped about Sharon Newman (Sharon Case) and Phyllis Summers’ (Gina Tognoni) involvement.

Of course, it may not take long for Rey Rosales (Jordi Vilasuso) to figure it out anyway. He knows Nikki, Victoria, Sharon and Phyllis were constantly having tense “charity” meetings. Rey seemed awfully suspicious of those.

He also knows the four of them were at the same party that night. This isn’t rocket science! Rey isn’t the smartest detective around, but he can surely connect the dots here.

The Young and the Restless spoilers say Nikki, Sharon, Phyllis and Victoria could all end up in hot water. That’s probably why Brittany will be needed as an extra attorney. She’ll get back in the mix starting on Monday’s new Y&R episode, February 18. Y&R fans will definitely want to mark that date down and check it out.