BY hellodrdavis on April 10, 2019 | Comments: one comment
Related : Soap Opera, Spoiler, Television, The Young and the Restless 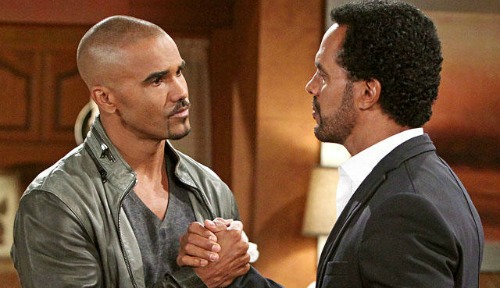 The Young and the Restless spoilers tease that Y&R is planning a very special goodbye and tribute to the late Kristoff St. John later this month. Kristoff died in February at the age of 52, and the show is planning a special tribute episode for him as well as a touching goodbye storyline for his character, Neil Winters.

The special storyline will begin on Tuesday, April 23, when Neil’s family will learn of his unexpected and sudden death. The storyline will continue for the remainder of that week, and then on Monday, April 29, the show will air a tribute episode to honor Kristoff St. John.

As CDL has reported, several Y&R favorites will be back to participate in the storyline concerning Neil’s death and/or the tribute episode for Kristoff. Shemar Moore (Malcolm Winters), Victoria Rowell (Drucilla Winters), and Mishael Morgan (Hilary Hamilton) will be among those returning.

Recently, Shemar Moore spoke to People Magazine (check out the amazing first look photos!) about the loss of his longtime friend. “I’m raised an only child, but Kristoff is truly the closest thing to a brother and a brother’s love and a brother’s mentorship that I’ve ever known,” he said.

Shemar also recalled being a new face on Y&R, and how Kristoff embraced him and helped him find his way. “He didn’t have to embrace me the way he did,” Shemar said. “When I came in and was trying to find my way and he saw how scared I was, he saw how nervous I was…he embraced me like a brother. If he hadn’t embraced me, I would have never got my sure footing in the beginning days.”

Shemar continued: “He was the sexiest black man on television from what my aunties and grandmothers told me before I’d ever knew that I was ever going to share the stage with him on The Young and the Restless.”

Are you looking forward to the special Y&R episodes honoring the memories of Kristoff and Neil? Stay tuned to the CBS soap and don’t forget to check CDL often for the latest Young and the Restless spoilers, updates, and news.