The Young and the Restless Spoilers: Tonya Lee Williams Not Returning For Kristoff St. John Tribute – Olivia Winters No Show

BY Joanna Mazewski on March 25, 2019 | Comments: one comment
Related : Soap Opera, Spoiler, Television, The Young and the Restless 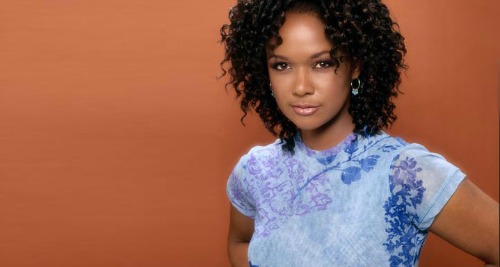 The Young and the Restless spoilers has some news to pass on about the upcoming Y&R tribute for the late Kristoff St. John, who passed away last month at the age of 52. Kristoff portrayed Neil Winters on the CBS soap, and Y&R is planning a several-episode tribute to Kristoff and his character for late April.

A storyline concerning Neil’s death will occur beginning on Tuesday, April 23 and last for four episodes. Neil will die unexpectedly, and his family and friends will gather to mourn and pay tribute to him. As CDL previously reported, Shemar Moore will be returning to canvas as Neil’s brother Malcolm Winters for this storyline.

But fans have been wondering whether other former and recurring cast members will be returning for the tribute episodes as well. As several outlets have now reported, Jess Walton (Jill Abbott) and Christel Khalil (Lily Ashby) will also be returning for the storyline surrounding Neil’s death and the stand-alone episode.

However, there is one fan-favorite Y&R star who will not be able to return for either the storyline surrounding Neil’s death or the tribute episode, and that’s Tonya Lee Williams, who portrayed Olivia Winters. Olivia is Drucilla Winters’ sister and Nate Hasting’s (Brooks Darnell) mother and has not been seen on canvas since 2012.

News broke about Tonya Lee Williams’ unavailability when Angelica Rosas McDaniel, the head of CBS daytime, responded to a fan tweet. Angelica tweeted: “Lily will be back! Unfortunately, Tonya is out of the country working on a project and wasn’t able to join.”

It’s sad that Tonya won’t be able to be a part of the tribute episodes, but it sounds like circumstances simply wouldn’t allow. The good news for fans is that there will be plenty of current and former cast members on hand to create what is sure to be an emotional and touching tribute for Kristoff.

Are you looking forward to the tribute episodes? We’ll keep you informed about any new developments as they’re announced. Stay tuned to the CBS soap and don’t forget to check CDL often for the latest Young and the Restless spoilers, updates, and news.