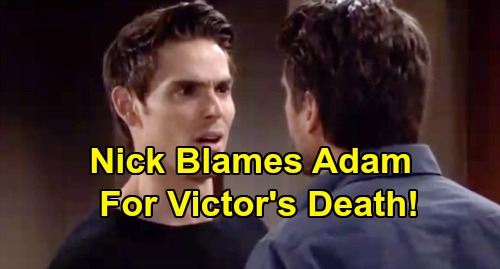 The Young and the Restless (Y&R) spoilers preview for the week of September 16-20 tease that Sharon Newman’s (Sharon Case) road trip will bring a shocker. She’ll be floored when heads off for a desert retreat and literally bumps into Jack Abbott (Peter Bergman). They’ll ultimately step away from the check-in desk to catch up.

Naturally, Jack and Sharon will discuss what brought them there. They’ll open up about their similar searches for purpose and perspective, which will help them bond. Sharon will admit she thought she needed time and space to clear her head. She thought solitude was what she wanted, but she’ll be glad she ran into Jack.

Y&R spoilers say Jack will be happy about that, too. He’ll admit he’s missed Sharon, so they’ll use this opportunity to reconnect. It’s possible things could take a romantic turn between them, but it contradicts fall preview info. Sharon’s supposed to linger in Rey Rosales’ (Jordi Vilasuso) orbit upon her return to Genoa City, so we’ll see how all this pans out.

Other Young and the Restless spoilers say Devon Hamilton (Bryton James) will open up to Jill Abbott (Jess Walton). She’ll be pleased that his relationship with Elena Dawson (Brytni Sarpy) is moving right along. Devon will insist his life is going “very, very well” right now, and he’ll think that trend’s sure to continue.

However, we can’t forget Katherine Chancellor’s (Jeanne Cooper) will is being challenged. Devon will talk that over with Jill again and hope for the best. They’ll also do some conspiring, which could involve the will situation or perhaps Elena’s upcoming birthday festivities. 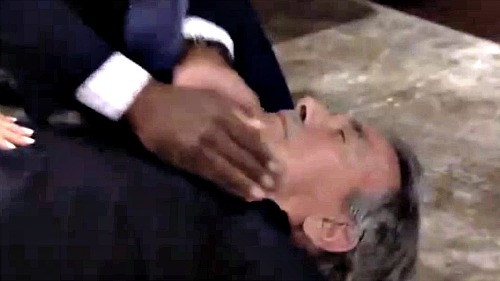 At the boathouse, Victoria Newman (Amelia Heinle) will be determined to help Billy Abbott (Jason Thompson). They’ll have an emotional conversation about Billy’s dark side and what they’re going to do about it. Billy will recognize that there’s another person inside of him, but he’ll worry he can’t make him go away. This is sure to be a tricky crisis, but Victoria will definitely support Billy through it.

Of course, Victoria will get updates on a different crisis later. Victor Newman (Eric Braeden) collapses and doesn’t have a pulse on September 13, so that’ll hurl his family into turmoil next week. The Young and the Restless spoilers say Nick Newman (Joshua Morrow) will blame his brother. He’ll have a confrontation with Adam Newman (Mark Grossman) over Victor’s predicament, so that’ll bring some strong emotions.

Next week’s preview video shows Nick declaring, “Dad’s gone, and it’s your fault.” Adam looks stunned, so he may wonder if his pill swap has been discovered. He’ll also be reacting to the thought of Victor dying, but Nick may be exaggerating here. In a moment of anger and despair, Nick could easily make it seem like all hope is lost. Nevertheless, it appears Victor will simply be near death instead.