The Young and the Restless Spoilers: Week of September 2 – Victor Suspects Adam’s Sneaky Agenda – Billy’s Dark Side Gets Worse 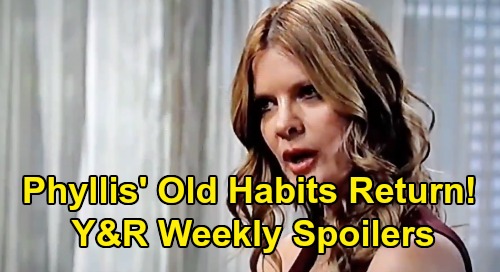 The Young and the Restless (Y&R) spoilers for the week of September 2-6 tease that some surprises are on store. For starters, another change of heart is looming for Adam Newman (Mark Grossman). Y&R fans know Adam unexpectedly dropped his custody pursuit of Christian Newman (Alex Wilson). He truly cares about his son, but he stepped aside and offered the looming Newman war as the reason why.

Adam insisted he didn’t want Christian caught in the crossfire, but he’ll rethink this big battle – at least that’s what Adam will claim. The Young and the Restless spoilers say Adam will pay Victor Newman (Eric Braeden) a visit to back down. He’ll suggest he made his threat out of anger since the Newmans sided with Nick Newman (Joshua Morrow) in the custody drama.

Now that Adam is bonding with Connor Newman (Judah Mackey) and sees how much family matters, he’ll contend that he wants to do what’s right. Adam will hope to get the restraining order lifted and at least enjoy some visits with Christian. However, Victor will balk at Adam’s attempt at peace. He’ll remain wary of his son and assume trouble’s just around the corner.

Sharon Newman Will Stick To Her Guns And Move Forward

The Young and the Restless spoilers point to a sneaky agenda for Adam, so Victor’s right to have concerns. Later, Adam will hide his trail and do a little more scheming. It seems he’ll also talk to Sharon Newman (Sharon Case) about that marriage proposal and hope she’s changed her mind.

Sharon will stick to her guns during the week of September 2-6, so that probably relates to standing by her rejection. She’ll do her best to put Adam behind her and move forward, but that may be easier said than done. Over with Phyllis Summers (Michelle Stafford), she’ll fall back into old habits. There’s no word on what that mean, but the results could actually be a good thing for Phyllis.

The Young and the Restless spoilers say Phyllis will ultimately worm her way back into the Grand Phoenix deal. That hotel is her baby, so she just can’t let it be ripped away. Chelsea Newman (Melissa Claire Egan) and Abby Newman (Melissa Ordway) will force Phyllis to tackle some challenges, but Phyllis may bring things to the table that they value in the end.

Over with Mariah Copeland (Camryn Grimes), she’ll catch up with Kyle Abbott (Michael Mealor) – most likely to rant about their mutual hatred for Theo Vanderway (Tyler Johnson). Neither one of them trusts Theo, but Mariah will hope to take him down a few pegs soon. She might have a shot at making it happen since Theo’s so fixated on Kyle’s destruction. If he’s distracted, that could work to Mariah’s advantage.

Next, Jack Abbott’s (Peter Bergman) perspective will shift. He’ll remain unsure of how to fill a certain void in his life, but some family encouragement could help him gain a new understanding. Finally, Billy Abbott’s (Jason Thompson) alternate personality will continue to wreak havoc. It’ll take a toll on Billy emotionally as his dark side grows stronger and stronger.