BY Kristine Francis on January 22, 2019 | Comments: Leave Comments
Related : Recap, Television, This Is It, TV 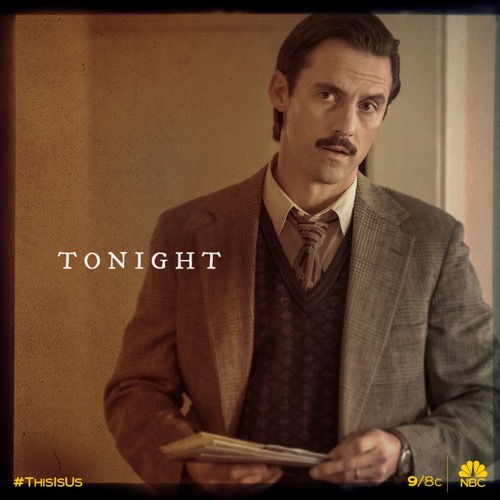 Tonight on NBC their new honest & provocative dramedy series This Is Us airs with an all-new Tuesday, January 22, 2019, episode and we have your This Is Us recap below.  On tonight’s This Is Us season 3 episode 11, “Songbird Road: Part One,” as per the NBC synopsis, “Rebecca and the Big Three reckon with secrets Jack kept from them. Jack’s Vietnam story continues to be revealed.”

Kevin, Kate, and Randall grew up knowing that their father would go the extra mile for the family as well as for friends and so him keeping secrets weren’t what the Big Three thought of when they look back to remember their father. They remembered their father as an honorable man. He wouldn’t have lied to them nor would he have lied about something so huge as his brother is alive. It’s why Kevin couldn’t believe it when he found out Uncle Nicky didn’t die in the war. His uncle had gone through some kind of breakdown during the Vietnam War and he needed to be flown back home for treatment. It was probably the last time that Jack saw his brother, but Nicky continued to write to him.

Nicky sent Jack several postcards. He signed them “CK” because he always wanted to be his own Superman and never felt like he could be that while living in his brother’s shadow. But the separation must have been good for Nicky. He finally stopped feeling like he needed his brother to rescue him and that strength was what encouraged him to reach out to Jack. Jack first began to receive these postcards in the nineties and that was after he married Beck and the kids came along. It would have been hard for him to explain that he lied to them and that his brother really was alive. It could have even been easier for Jack to maintain than lie than to ever bring up the truth and so he ignored those postcards in the beginning.

Jack would get them at work and he would just throw it in his desk. He wouldn’t even bother to read them much less get rid of them and so they were collecting dust until Jack lost his resolve. He read the postcards and he noticed that they were all addressed from Bradford, Pennsylvania. It hadn’t been that far from him and so he did go out there to confront his brother. Nicky had gotten a hold of Jack’s home address and Jack didn’t want those postcards coming to the home he shared with his family. He really went out there because he wanted to tell Nicky to try to contact him, but while he was there he couldn’t help wanting to check on his brother. Nicky was living in a trailer and wasn’t taking care of himself.

Nicky was still smoking and drinking. Also, his trailer wasn’t clean and there was nothing there to offer Jack. Jack accepted a Nesquik and somehow Nicky managed to ruin chocolate milk. Nicky wasn’t used to looking after himself and it’s probably why he was doing such a horrible job. He did though began to support himself and so that’s why he went from Louis Lane to Clark Kent in at least his own mind if nothing else, but he didn’t become Superman. It was clear he stopped trying to become Superman. He had settled for something else and he made it work for him because it took him a long time to get right. It was this Nicky that had settled that the Big Three met. They had introduced themselves as Jack’s kids and they refused to leave once Nicky asked them to go.

It was Kate that told Nicky that they weren’t leaving until they got answers. It was her temper that reminded Nicky so much of his brother that he let them stay. The siblings all had questions about their dad and the war, but the question they thought they should ask first was why their father lied. Their father said that Nicky died during the war and they told Nicky what their father said. And it hadn’t surprised Nicky. He told them about how sick he was during the Vietnam War and how he had accidentally killed a child because he had been playing around with grenades. It had truly been an accident and he never got the chance to tell Jack it had been an accident because the death of that child unraveled him.

Nicky went into a cationic state and he was unable to answer questions that his brother kept trying to ask him. So Jack ended up believing the worst. He remembered that Nicky kept saying that the women, children, and old men in the village were the enemy. Jack assumed that his brother had killed the child and it didn’t matter if it was an accident because at the end of the day that child was still day. The mother was waiting for her son and that was the noise that Nicky remembers. He told the siblings that he’d remember that sound until the day he dies. Its why he never blamed Jack for wanting to move on from the war and never discuss it again. Jack never let his brother explain that day and so Jack died never have learned the truth.

But Nicky said that was his brother. He added that Jack was incapable of changing direction once he’s chosen a course and after telling them the story of what between them – Nicky admitted that he needed time to himself. He waved off his nephews and his niece because he couldn’t bear to talk about the past anymore and so they left him to himself. The siblings texted their mother that they found Nicky and that details would follow but none of them knew what to say to their mom but Kevin was going to have to explain himself because he decided that he wasn’t going to abandon his Uncle Nicky as their dad did. He went back to the trailer for his uncle and he and his siblings stopped Nicky from killing himself that night.