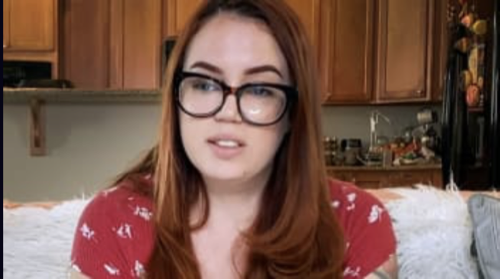 Former and current couples are reliving their biggest moments on the latest season of “90 Day Fiancé: Happily Ever After”.

Debbie didn’t want to watch the clips from this past season. She chose to opt-out and leave her son Colt to face the music on his own. Colt made several mistakes this past season. He tried to begin a new relationship and it ultimately failed because Colt didn’t change any of his patterns. He was still a cheater. He will always be a cheater. It’s why his dream girl Vanessa only uses him for sex and doesn’t want to date him. It’s also why his marriage to Larissa failed. It, therefore, wasn’t surprising at all when things didn’t work out between him and Jess. Jess found out he had been sending dick pics to other women behind her back. She got in contact with these women and she was shown the same pictures that her boyfriend was sending to someone else.

Jess confronted Colt in the footage the former couple was watching. She confronted him and he had nothing to say because deep down he knew there was nothing he could say that would justify cheating on her. Colt is a bad guy. He admitted as much during the rewatch. Colt had to watch and read like a bunch of people called him out for his behavior. He had a drink in hand and so that made things easier, but it still must have been difficult and so he wasn’t having as much fun as Jess was. Jess was called a crazy cat person and she laughed. She said she wasn’t crazy. It was Colt and Debbie who were crazy cat people. Jess also loved the videos reenacting that fight with Colt. People were being very creative and it was for her to reminisce because she’s in a much better place now.

Elizabeth and Andrei were also laughing during their rewatch. They laughed as people made fun of Libby’s family during their visit to Moldova and how unhappy the family seemed to be. Libby’s brother, sister, and father didn’t like Andrei that much. They wished he would get a job and stop leeching off of their father. Andrei expects his father-in-law to pay for everything. He even demanded that Chuck pays for their second ceremony in Moldova when originally the couple claimed they were going to save money for it and so there were some that called out Andrei. Only, in the beginning, they were a lot of people that were on his side. They thought Libby’s family was overly involved and they felt bad for the couple.

They felt bad for the couple because it had seemed like her family didn’t want the couple to be together. Libby’s brother Charlie was especially problematic because he was always picking a fight with Andrei and it almost got physical more than once. Charlie had been itching for a fight. The audience ended up siding with Andrei, who they generally dislike because they felt so bad for him that his in-laws would treat him like crap and so Andrei loved hearing what people were saying about his in-laws. The audience made fun of Chuck’s feet. Chuck crushed some grapes at a winery and he hadn’t washed his feet at all. He went in with feet that stewed a bit in shoes. He also had a lot of fun crushing grapes.

Then there was Asuelu and Kalani. The two of them had a rough go of it during this season because they were fighting a lot and Asuelu’s family was also turning out to be a problem. His family had crossed a line. They demanded that Asuelu give them money or they were threatening to get him to divorce his wife and so his wife had quite a few things to say about that. Kalani thought her in-laws were selfish. She tried to give them a chance. She and Asuelu rewatch the moment she met with her mother and sister-in-law. They watched as Kalani was respectful towards her in-laws and her in-laws were horrible in return. They again demanded money. They said Asuelu should still be sending them as much as he did before and before they met before became a parent or even had met Kalani.

Asuelu’s family was just focusing on the money. Asuelu used to send all of his money to his family so that his mother could donate money to the church and live a life of luxury. His mother was really living the high life. She had all of her kids helping her out with money and still, she demanded more from Asuelu. She met up with Asuelu’s wife. She told Kalani that she didn’t care about her grandkids or what they might need. She wanted the money all for herself and so Kalani walked away. Kalani didn’t fight her. In actuality, it was the other side that wanted to fight Kalani, and Kalani still walked away. There were a lot of people out there that thought Kalani was being the bigger person by walking out because not many would. Not when the other side was going after her kids.

The only humorous thing about the whole thing had been the way Asuelu’s mom was able to hold back her own daughter. Her daughter Tammy had wanted to grab Kalani and still, the mom held on tightly. People on Twitter were saying Asuelu’s mom could be a bouncer at a club she was so strong. Asuelu had laughed about that because he remembered a time when he got into a fight and his mom had been the one holding him back. His mother definitely knows how to reign in her kids. She just should have done it sooner with Tammy. Kalani and Asuelu finished watching that scene with a laugh, but Syngin and Tania struggled during their rewatch. It was painful for them to remember how bad things got.

Syngin and Tania got into a huge fight in front of his family. Tania accused her husband of being direction-less and she basically demanded to know when was he going to man up. Syngin didn’t have a job. He didn’t seem to want a job and it was hard on their finances because Tania was still injured. She couldn’t work as a bartender with such an injury. It just that many felt Tania was targeting her husband by the way she chose to speak to him. Those on Twitter also thought Tania had a victim complex with how much she complained about everything and so the rewatch wasn’t all that fun for the couple. It led to a few tense moments as they rehashed old arguments. The couple chose to move past what happened together and so that was a good sign.

It showed that they’ve been talking things through rather than just shouting at each other. Soon it went back to Kalani and Asuelu and this time they rewatched the moment right after Kalani got into it with her in-laws. Kalani immediately went home in the aftermath. She tried to tell her husband what happened and he hadn’t liked her tone. He didn’t like that Kalani called his family “a**holes”.

He didn’t like that Kalani claimed she would have beaten up his sister and so the two got into a fight about it. They got into this huge fight. Kalani was still upset after it ended and she leaned on her sister Kolini. Her sister Kolini has heard it all before. She’s always been there for her sister and some could see that she was getting sick of it. It was like Angela and Michael’s fights. Their fights always revolved around whether Angela needed to be submissive for Michael and everyone knows she’s not going to be submissive. And so why bother to fight or even complain about it.