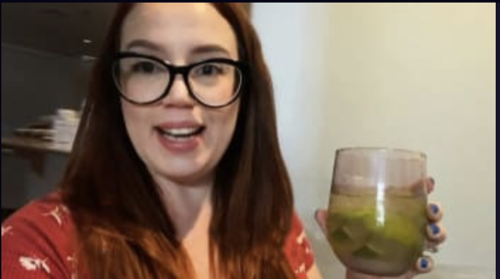 This cast is reviewing their biggest moments. The cast of this season “90 Day Fiancé: Happily Ever After” were back rewatching their old scenes and now its time to rewatch the Tell-All. The Tell-All was especially fraught with emotions this year. The one emotion that truly stood out was anger and the anger was directed towards the guys. Take Colt for example.

He entered into a new relationship with Jess and they seemed to be the perfect fit because they both loved cats more than anything, but this couldn’t stop Colt from cheating on Jess by sending dick pics to other women behind her back and so she brought that up at the Tell-All. She told the world that he used every excuse in the book to send other women pictures of his penis. And so of course Jess was angry at Colt.

Colt tried to justify his actions at the Tell-All. He tried to claim that he had to cheat on Jess because it was the only way he would get affection from anyone and no one was buying it. The people on twitter made fun of him. The people on Pillow Talk made fun of him. They all didn’t see why he was so addicted to sending out dick pics and so they were glad that Jess moved on.

She did it pretty fast, but she deserved a healthy relationship after the crap she went through with Colt and now she’s married. She’s married Brian. She introduced him during the Tell-All and the couple seems happy. Jess responded to calls of moving on too fast by saying “you know when its right”. She and Brian got married so that she could stay in the United States and anyways Colt married Larissa after five days.

Someone from Pillow Talk mentioned that dick pics were not sexy. They said it looked like a naked mole rat and so Jess actually looked that up. She had no idea what a naked mole rat had looked like before now, but now that she’s seen it, she’s grossed and she said animal looks better than what Colt is packing. Colt and his mother Debbie didn’t mind the rewatch.

They laughed at all the comments and Debbie even said “you’re welcome” to the screen after Jess thanked her for sabotaging her relationship with Colt. The two of them are happy that Jess moved on. They felt she was only after a Green Card anyways and so they were glad she didn’t use Colt to get it. And so the two were still being pretty shady.

There was also the Andrei and Elizabeth situation. The two were married for a second time in Andrei’s home country and the wedding didn’t go as planned because her brother was being a serious hater. Her brother Charlie told a crowd of people who couldn’t understand him that Andrei aint sh*t. He was angry at the time because he was tired of how Elizabeth and her husband manipulated their father into paying for everything. Their dad Chuck paid for their first wedding.

He also paid for the second wedding and, besides that, he’s only ever paid for one other wedding. He didn’t pay for Charlie’s wedding or their sister Jenn’s wedding. Both Charlie and Jenn were sickened to see how much their father spent on this second wedding for Elizabeth and they took that anger out on Andrei.

Andrei was the one who allegedly told Jenn that he has Chuck wrapped around his finger. Jenn told everyone at the Tell-All that Andrei said this and her family believed. Only they were alone in believing her. People on twitter thought she lied because if Andrei really did say that then she would have ran straight to her sister and her dad. She didn’t and that’s why no one believes her. Elizabeth didn’t even believe her anymore. Libby’s mind was changed as she began reading comments on twitter and one comment in particular made her reveal an unpleasant truth.

She read a comment that said her father could stop being a bank anytime he chooses and Libby agreed with it. She said her father just doesn’t want to cut the cord. He secretly likes helping them because it makes sure that they come around and so it looks like they only deal with her father when they want something.

Asuelu also had family drama to deal with during the Tell-All. Asuelu finally watched a scene from this season in which his mother and sister ganged up on his wife Kalani. The two women really did tell Kalani that they didn’t care about her kids. They wanted her to send all of her money to them and they expected Kalani’s family to be the one supporting Kalani and her children.

They didn’t want Asuelu to support his family. They thought Asuelu should divorce Kalani and so Kalani chose to walk away from them, but this triggered her sister-in-law Tammy because Tammy felt Kalani should have stayed to hear out her abuse and so she tried to fight Kalani and her mother had to prevent it.

Tammy’s mother literally grabbed her up to prevent her from trying to fight Kalani. Kalani hadn’t cared at the time because Tammy never got to hit her and so she never got the chance to hit her back. But rewatching this moment had been tough on Asuelu. He didn’t like remembering what his own mother said about his children and he also didn’t like people coming against his family.

Asuelu didn’t always like his family. He just didn’t want to hear others badmouth them either. Asuelu and Kalani are doing better. Their relationship was at a breaking point all season and the Tell-All had been a terrible time for them because at one point Asuelu stormed out rather than face the hard questions. And so luckily the couple has put this behind them.

Tania and Syngin were doing better as well. They laughed throughout the rewatch because they didn’t mind the comments or that the comments were heavily in Syngin’s favor. Syngin loved having a drink. He comes home from an interview at a bar drunk and still people favored him. Especially women. The women on the show all liked Syngin and they thought he was Tania’s soulmate. Tania didn’t mind it. She still loves her man and she liked how she ranks higher than alcohol for him.

And lastly Angela and her husband Michael laughed at how stingy her daughter Skyla was being with her eggs. Angela and Michael want children of their own. They couldn’t have it the natural way because Angela was too old and so they were trying to get her daughter to become an egg donor so that the child could still genetically be a part of both of them.

But her daughter didn’t want to let go of her eggs. It was an expensive and painful process for her to go through and she didn’t want to do it. The couple will have to find eggs from someone else.