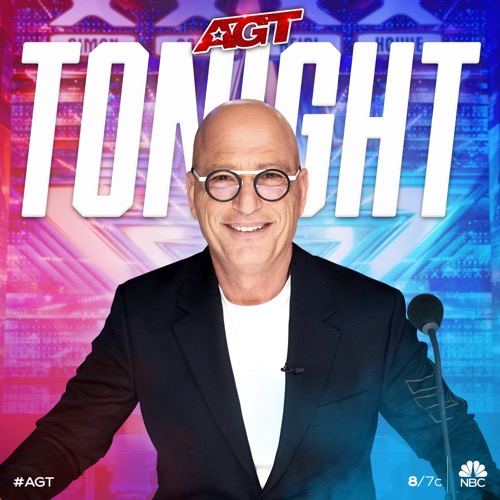 Tonight on NBC America’s Got Talent begins with an all-new Tuesday, June 16, 2020, episode and we have your America’s Got Talent recap below! On tonight’s AGT season 15 episode 4 “Auditions 4″, as per the NBC synopsis, “The auditions continue as variety acts of all types and contestants of all ages audition for the chance to win $1 million. The Golden Buzzer is back, allowing a lucky act the chance to go directly to the Live Shows to compete for America’s vote.”

Noah Epps is 11 years old and will be dancing a Pinocchio inspired pop and lock.

Judges Comments: Heidi: “You got us all up on our feet.” Howie: “You did command the stage. What you just did was lit.” Sofia: “I thought it was fantastic, your presence, your dance. I want to see you dance more and more.” Simon: “Apart from your talent, I liked that you told a story. You have fire and determination in your eyes.” – Four yes votes from the judges.

Liliac is a family band, they do very well singing, “Piece Of My Heart.”

Luca Di Stefano wants to be a singer, he is very nervous to go on stage. He sings, “Let’s Get It On,” by Barry White.

Judges Comments: Sofia: “Not in a million years would I have thought that was your voice. It was something to watch.” Howie: “One thing I like about this show is surprises. I wasn’t expecting that out of you and I could hear that all night long.” Heidi: “What an amazing gift you have. You started and I literally thought it was playback, not coming out of your mouth. Your voice is so special it makes me feel yummy, like a woman.” Simon: “It’s like a cat walking on an embankment, it’s the last thing I would have expected from you.” – Four yes votes from the judges.

W.A.F.F.L.E. Dance Crew is from New York City, they have known each other for ten years and consider themselves a brotherhood.

Judges Comments: Simon: “We have seen a lot of dance crews on the show and it is not my favorite category. But something about your energy and determination showed me everything. This was my favorite audition so far and I also understand how important this is to you. I want to give you a little head start here.” Simon hits the golden buzzer. The boys are crying and hugging each other, Simon joins them on stage with praise and hugs. Terry asks Simon why he hit the golden buzzer, he says talent, determination, and everything he has been waiting for on this show and they delivered it.

Nolan Neal is from Nashville. When he was 26 years old, his dad called him and told him that he is going to take his life. Before leaving his dad told him that he was never going to make it. The next day his dad was gone. He blames himself for his father’s death. He had good times with his dad, he played drums.

He wanted to be like his dad. He played on the street in Nashville, he was on Broadway and partied really hard. He became unmanageable when he was going to sing for his record, he couldn’t and the label dropped him. He believes in fate and is grateful to have this chance. If he is a washed-up singer, Simon will tell him. He has been sober for ten years. He is singing a song called, “Lost,” that he wrote.

Judges Comments: Simon: “You have an amazing voice, I don’t think you need to be a judge to judge this. It is quite clear to everyone here today that we heard and saw something spectacular. I think you are very brave and inspirational. That song is really going to resonate with a lot of people. And for whatever reason, maybe now is your time. I like you a lot.” Heidi: “I am so happy you are here. I am so happy that you didn’t give up. You sing beautifully and we all needed that right now.”

Howie: “It wasn’t only a great song and a great voice, we felt your heart, your soul, your pain, it was so moving. That was amazing, thank you for being here.” Sofia: “It was really touching for me your song (she is crying). I know full well about addiction, my family is completely full of this sickness. And, I totally understand that to be here tonight, and your song gives me a lot of hope for people going through addiction.” – Four yes votes from the judges.

Judges Comments: Simon: “I think you are so talented. You know what is great about you Feng, you are unique, I have never ever heard anything like this before.” – Four yes votes from the judges.

Christine Hurley is 55 years old from Boston and she is a comedian. She never pursued comedy because she was busy raising her five children. During her performance, she loses track and bombs. Sad, she was doing very well.

Judges Comments: Howie: “At this point in my career, and I have been doing it for forty years, I have had this happen to me and sometimes under pressure, it happens, and it happened. I will give you a word of advice. If it goes totally wrong, embrace that, embrace the fact that it went wrong, that could kind of work for you.” Heidi: “I kind of thought I was in my house for a second. I feel you, the same thing, everyone wants something different. It didn’t bother me in the end, this little glitch that you had, I like you.” Sofia: “I could feel that you wanted to be here, you wanted to be on that stage. But, I don’t know if it is good enough for AGT.” Simon: “I am going to be honest with you, if I am judging it compared to other comedians that we have had so far, we have had better.” – Howie and Heidi say yes. Sofia and Simon say no.

OLOX is from Siberia. They are a duo singing, “Zombie,” by Cranberries in their own ethnic electric sound, and this is the first time they are performing in English.

Judges Comments: Heidi: “I have to say I haven’t heard anything like that before.” Sofia: “It reminded me of a soundtrack of a wonderful movie. You look spectacular in that beautiful outfit.” Howie: “It was surprising and eery and captivating. I loved everything.” Simon: “I love to feel off the audience and I could see that they loved you. It was mysterious and original, I am going to remember you.” – Four yes votes from the judges.

Heidi is sick, so two yes votes will take an act to the next round.

Ashle Marina is 12 years old, she is from Pittsburgh. Her family doesn’t come from a musical background so her parents are surprised that she can sing so well. She sings, “Anyway,” by Martina McBridge.

Simon stops her and asks if she can sing a second song because the backing track was overbearing. He asks her to sing a capella. He stops her again and tells her she brought the wrong songs with her today. Sofia says they should give her another chance. Simon tells her to come back in the afternoon with another song.

Marco Angelo is 25 years old and he is a diabolo performer. He considers himself the biggest AGT fan. This is the first stage of his dream. His brother Marc joins him at the end of the presentation and together they are the Spyros Bros.

Judges Comments: Howie: “You are amazing, really amazing. You are a winner. I love you, I love everything about you and I have never seen anyone more excited just to be here. And that makes us excited like we are at the best and biggest party on earth. You both were incredibly entertaining.” Sofia: “I love it, I have never seen anything like this. The way that you had this energy, I really enjoyed this.” Simon: “I have never seen a reaction like that even before the comments, it was incredible. The performance, the audience reaction says it all.” – Three yes votes from the judges.

Ashley is back on the stage. This time she is doing an original song.

Judges Comments: Howie: “As a guy who has walked two of his daughters down the aisle that was so emotional, so beautiful, so connected. Your father should be crying, that is the biggest gift you can give him.” Sofia: “I loved this new song, this new you that you are showing us right now, it was beautiful.” Simon: “I think we finally met Ashley, and I can’t tell you how important that is.” – Three yes votes from the judges.

Brett Loudermilk is from California and he is an entertainer. All roads have led to this X where he is standing on the AGT stage. Brett is a sword swallower and he asks Sofia to go up on stage to help him. He licks the sword, puts it in his mouth, and pretends to choke. Sofia runs towards Terry. Terry pushes her back towards Brett. He winks, which is a sign for her to pull out the sword. She doesn’t do it, so he does. The second try, she doesn’t do it, she is afraid. The audience is laughing and so are the judges.

On the third attempt, she does it and he gets a hug from her. Sofia returns to her chair and he takes out another sword, this one is a wiggly one. Simon asks if he can pull one out, Brett says yes, then he asks Howie would he do it. Howie and Sofia join Simon on stage. He has three swords that he is going to swallow at the same time, and the judges are going to pull them out. Simon takes out the first, then Howie, and Sofia, who tells him that he is going to get acid reflux.

Judges Comments: Howie: “The fact that you are able to improvise and have fun at the moment, tells me that you are an entertainer with talent.” Sofia: “That was super fun, I would love to see you do it again without me up there.” Simon: “You are a hundred percent getting a yes for swallowing three swords at once.”

Three yes votes from the judges