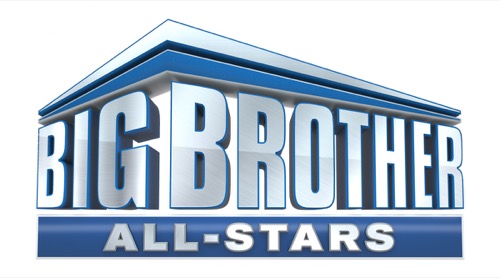 Tonight on CBS Big Brother 22 airs with an all-new Sunday, August 5, 2020, episode and we have your Big Brother 22 recap below! On tonight’s Big Brother season 22 episode 1 “Premiere,” as per the CBS synopsis, “BIG BROTHER: ALL-STARS follows a group of people living together in a house outfitted with 94 HD cameras and 113 microphones, recording their every move 24 hours a day.

Each week, someone will be voted out of the house, with the last remaining Houseguest receiving the grand prize of $500,000.”

Tonight sixteen all-stars are returning to the Big Brother house. They have kept their names under wraps for weeks, now we reveal who they are.

Nicole is a Social Media Influencer, she was on BB 16 and won BB 18. Victor from BB18 and Nicole are engaged, she talked him into moving to her tiny town in Michigan. She wants to become the first-ever two-time winner of BB.

Dani is a Stay-At-Home-Mom, she was on BB8 and BB13. Since BB13 she married her fellow house guest Dominic and they have a 2-year-old girl. She is her entire world and her best friend, she has never been more than three hours away from her. She still holds the record for most Vetoes ever won in a single season. People always associate her with Evil Dick, her father.

Da’Vonne is an Acting Coach from BB17 and BB18. She is no longer poker dealing because everyone who came to her table wanted to talk about BB. Acting has always been a passion of hers. Her problem with BB is that she talked too much, but she is not that person anymore.

Christmas is a Fitness Entrepreneur from BB19. Since the show, she gave birth to a son and he has changed her perspective on everything. She has a lot to prove returning to the BB house, she knows that she has to be full throttle Christmas.

All four on stage have been isolated for the last two weeks, and have all tested negative for COVID-19; they are all wearing masks – they are all clear to play the game. But, this season, there is no live audience.

The stakes have never been higher, when they step in the house the first competition begins. Only the first two finishers will advance to the live Head of Household competition later in the evening. When they enter the house, they have to enter the backyard where a question awaits. Then they have to search through the house to answer that question. Then by using the game board, they have to lock in their answer.

Once they enter the house, they can take off their masks. They head to the backyard, and attempt to answer the question – they only have four minutes to do it. Locking in their answers is not that easy, they have to navigate a ball through a maze to do so. Christmas is the only one to finish and have a chance to advance to the HoH competition later in the evening.

Tyler is a Jewelry Company Owner, the runner up from season 20 and he met Angela, the love of his life on the show. Since the show, they have traveled the world. It is going to be different this time around, he can’t rely on his dumb surfer dude image anymore.
Ian is a Management Consultant and he won BB14. He was extremely competitive and won against Dan, one of the most popular BB house guests of all time. He plans on playing quietly this time and wants to prove that he still has it.
Kevin is an Ad Agency Executive, he came in third place on BB11. He is a lot more experienced this time around. He and his husband have been together for twenty years, but recently got married – it is their dream to adopt a child.
Enzo is an Insurance Adjuster, he was on BB12. He now has two children, a three-floor house, his aunt and mother live with him. He started the Brigade alliance in his season and it almost took him all the way to the end of the season.
They enter the house, they find the question – where are certain pillows in the house. The first four players are nowhere to be seen, Julie Chen is keeping them out of sight for now. They run to the backyard and start the mazes. Kevin and Ian finish and advance to the HoH competition.
Janelle is a Real Estate Agent, she was on BB6, BB Allstars and BB14. She has added to her family, she has three children and a successful real estate agent. She got rid of Dr. Will in All-Stars. Does she had the bod she had a twenty-five, no, but she is still a great competitor.
Bayleigh is a model and she was on BB20. She is a model, a wife, and a dog mom. She fell in love with Swaggy which was a detriment to her game. Even though she lost the game, she met the love of her life. This time around, she is leaving Swaggy at home.
Nicole is a Podcast Host, she finished third on BB21. She has changed tremendously, she has become more comfortable in her own skin. She is proud to have come in third, but she wants to do better this time around.
Keisha is a Waitress from BB10. She has three dogs and they are literally her children. The first time she was on BB she was voted America’s favorite. If she could change anything last time on BB, she would not have been so trusting. She feels that now that she is over 40, she is more mature.
The four are standing in front of Julie with their masks on. They are briefed on the first challenge and enter the house. Nicole is the only one to advance to the HoH competition.

Kaysar is Biotech Executive from BB6 and BB All-Stars. He is now married for six years and a dad. He is a practicing Muslim, it grounds him where he can control his emotions and he plans on using that to his advantage. He was a fan favorite the last time around, he made big moves and played strategically.

Cody is a Soccer Coach and was runner up on BB16. He is also a Real Estate agent and says he will miss his video games and his girlfriend the most. This time he has to dial down the flirting because he has been in a relationship for four years now. He wants to prove that he wasn’t carried through to the final two last time with Derek.

Memphis is a Restaurateur, he was from BB10, the losing half of the Renegade Squad. He is going to miss his son River the most, they see each other every day. This time he is going to be methodical and play strategically.

David is a Senior Sales Rep from BB12, he meditates a lot and believes it is going to help him in the game. He can also read people, and that he believes is going to be his biggest asset. He was the first one evicted in a twist but never voted out.

The final four are on stage with Julie. They have been briefed on the competition. Memphis is the first to finish, Cody the second one, they have both advanced to the HoH competition.
The All-Stars all reunite in the living room, there are plenty of hugs all around as many of them recognize each other. Julie Chen has trouble getting control of the room. She reminds the players that HoH is the most powerful position of the house and six people have qualified to play in this week’s competition.

The first HoH competition is called Star Steppin. One at a time, they will race across the star-studded field in an attempt to get to the other side and lock in their time. Some stars are solid, some not so solid, so their memory is key. If they fall, they must return to the platform and try again. The houseguest who crosses the field in the fastest time once everyone has made their run will be the first HoH of BB All-Stars. If they do not lock in their time after three minutes, they will be eliminated.

To make things a little more interesting, if they are eliminated, they must pick up an envelope from the table – do not open it until Julie tells them. Some envelopes contain something good and some, not so good. Their order was chosen randomly, Memphis is first. Memphis does it in 1.22 minutes. Cody is next, he does it in 22.06 seconds. Christmas is up, she could not beat Cody’s score.

Cody is in the lead, it is now it is Kevin’s turn; he cannot beat Cody’s time. Nicole is up and she can’t beat Cody’s time either. Now it is Ian, he is the last person to do the challenge and he did very well until the end and could not beat Cody. The new and first HoH this summer is Cody.

Julie speaks to Cody in private, she asks him who was the most surprised to see, he says Kaysar; they went way back to get him. After he saw the competition, because he never had any dialogue with a lot of them, he wanted to win HoH so he could be in control. He says it is very difficult to not play with Derek this time around, he was a strategic player who he trusted with everything.

Julie has all the houseguests in the living room. She tells them that the envelopes contain a cash prize or Have Not. Ian is a Have Not, Christmas wins $5000, Nicole, Kevin and Memphis are Have Nots. The four Have Nots head upstairs to see their Have Nots room, it is upstairs, past the HoH room. They have to crawl in but find the door locked. The room is dark and dreary, poor them.

Julie tells the houseguests that throughout the summer new rooms will be revealed to them, and each room will twist up this game like never before. The first room to be revealed will be the safety suite. Soon, each player will receive a VIP pass to the Safety Room.