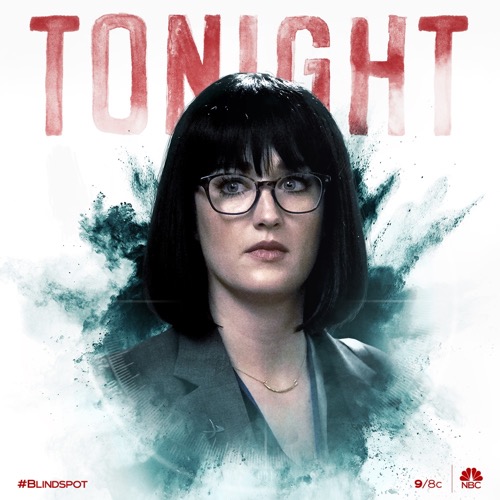 Tonight on NBC Blindspot airs with an all-new Friday, May 14, 2020, episode, and we have your Blindspot recap below. On tonight’s Blindspot season 5 episode 2 called “We Didn’t Start The Fire,” as per the CBS synopsis “Jane and the team reach out to Patterson’s father in the hope of gaining access to a high-level conference in Finland, where they hope to bring Matthew Weitz their side.”

Patterson talks to the team about making their patterns unpredictable so AI won’t find them. Kurt wants to get Madeline’s phone. They think it is a bad idea. They talk about relying on White. They don’t know if they can. Kurt thinks getting the phone will get their lives back.

Madeline speaks with the team. She tells them to turn over their phones. There will be a tracker put on all of them and their email will be checked. They don’t want leaks.

Kurt and the team learn Sho is dead. After some talking, they decide to meet a source in Helsinki. Patterson reaches out to her dad. She has only minutes. After she relays information to him, she rushes to tell him she loves him before she breaks down crying.

Madeline speaks with Briana. She gives her a mission to watch certain coworkers who may be helping the rogue agents.

Helsinki – Disguised, Patterson and Kurt meet with her dad at a convention. He is excited to see Patterson. Meanwhile, back at the bunker, the lights go out. They forgot to refuel the generator. They get it running up in time so Patterson can scan her fake ID into the convention. They ask her dad to really a message to White.

Patterson’s dad finds White and gives him a message that friends want to meet him. Security sees Patterson’s dad and tries to take him in for questioning but he causes a scene.

White meets with Kurt and Patterson. He tells them about Madeline and her devious ways and plans. They tell him they need a phone in the FBI building. He tells them Madeline is probably sweeping the place now. They need to get to Afreen.

The team figures a clever way to get to Afreen after Rich points out she loves her morning coffee.

On her elevator ride, Afreen reads a message from the team on her cup. Briana sees her face change but Afreen says she is fine.

Patterson and Kurt head to leave the convention but find it odd security is roaming around the basement. They look around and find a bomb. They radio to Jane and the others. They realize it is right under the podium and they plan to blow up a guest speaker. Patterson works to diffuse it while Kurt heads to find the real target. They need White to keep talking. They get in touch with him. He rambles on stage while they work.

Afreen is caught helping the team by Briana. Afreen tells her to leave her alone, she needs to do this. Briana begs her. If she doesn’t turn her in Madeline has threatened to hurt her family. Afreen tells her they aren’t safe. Briana joins forces with Afreen to help after realizing how dangerous Madeline is. Meanwhile, Patterson can’t move as she holds the bomb. It could detonate. Patterson’s dad shows up just in time to help. White continues to stall but the team pulls it off. Rich remotely disables the bomb while Kurt takes out the enemy at the convention.

Patterson and her dad say goodbye. She tells him she plans to lay low. He gets mushy in front of Kurt. She gets embarrassed. Meanwhile, Afreen is uploading data from the phone to the team. Won’t they don’t know is that it is Briana and she has been caught by Madeline’s outside contractors. The upload stops.

Kurt and Patterson make it back to the bunker. Kurt is mad about the phone. Meanwhile, Afreen and White catch up. Afreen tells him Briana has disappeared. She may be in trouble.

Jane finds Kurt to talk. Patterson listens to a recording her dad gave her. It makes her cry. White is taken in by Madeline’s contract team.