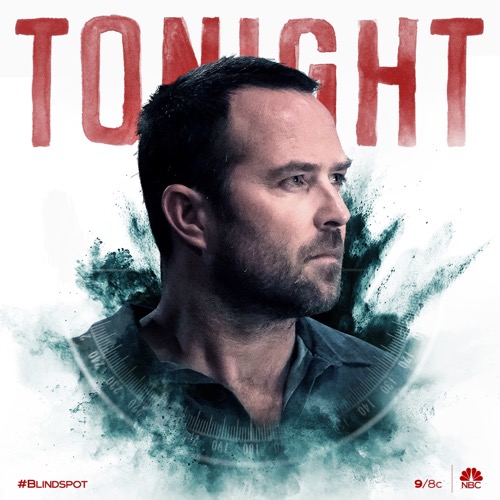 Tonight on NBC Blindspot airs with an all-new Thursday, June 11, 2020, episode, and we have your Blindspot recap below. In tonight’s Blindspot season 5 episode 5 called “Head Games,” as per the CBS synopsis “When Jane is shot and Weller is kidnapped, the team must fight to save both of their lives while maintaining the secrecy of their hidden base. Meanwhile, Weller is haunted by some dark ghosts from Blindspot’s past.”

Dabbur Zann took Weller. He was taken and Jane was shot. She told the team it was a graze. She assured them she’ll be fine and she’s more concerned about her husband. Jane wanted to know what happened to Weller. She went back to the bunker and she informed the team what happened. She also asked them for their help in locating Weller. Only Patterson and Rich didn’t have their old computer system. They only had what they could hack and that wasn’t much. They thought they should cut their losses with Weller. They wanted to abandon the bunker and they couldn’t because Jane passed out. She had lied when she said it was a graze.

It wasn’t. It was something much worse. Jane was bleeding out and she needed surgery. She couldn’t exactly walk into a hospital. She, therefore, turned to her friends for help. She told them they had to perform surgery her and so they were all taking a huge risk here. The others have never performed the surgery. They were learning as they go as they worked on Jane and all the while their other friend Weller was being tortured for information. Weller had been kidnapped by Dabbur Zann. They were planning something with Madeline Burke and they weren’t going to let anything get in the way of that. Including Weller.

Dabbur Zann injected Weller with a hallucinogenic. They put him in a hallucinated state and then they talked about Bethany. The terrorist organization alluded to Weller that they were the ones responsible for the little girl being in the hospital. They told Weller that if he had been a real father that he would have made different life choices and so they were hitting Weller where it hurts the most. He misses his daughter. He wishes he could be with her and the drugs in his system weren’t helping. He began seeing things before long. Weller saw Oscar. Oscar teased and abused him. He was dead and still he was proving to be a problem for Weller.

Weller’s friends were looking for him. They had to pause the surgery because they needed blood for Jane and Zapata couldn’t donate because she finally revealed to them she was pregnant. She was pregnant with Reade’s baby. This was a big deal and yet the team wasn’t sure how to talk her to about it. Zapata was initially keeping her pregnancy a secret. She only told Rich because she had needed one person in her corner and he was there. Zapata hadn’t told anyone else because she was afraid they would bench her if they knew. Things were different now that the truth was out there. She couldn’t donate blood and they desperately needed some for Jane.

Rich said he knew a guy. He said he knew a guy who could provide blood and that it would take him about an hour tops. Rich left to go meet up with his connection. He thought the others would wait for him and unfortunately they couldn’t. Jane told Patterson and Zapata that she needed the surgery now. She talked them through what they had to do. There were a few hits and misses. They even cut her by accident. They were all just hoping that Rich would show up when they needed the blood towards the end and that’s what he ended up doing. Rich showed up with the blood. They were able to give Jane a transfusion and they saved her life.

Which might not be enough. Weller tried to resist the torture and he was slowly succumbing to it. He accidentally revealed his team was in a bunker. Weller was still seeing Oscar and Oscar was telling him a whole bunch of things. He reminded Weller that Jane had been sent in to destroy him. He said Jane never really loved Weller and that she did what she set out to do because look where Weller was left. He was in a torture chamber. He was slowly being forced to deal with his past. He talked about Jane. He talked about Bethany. He also spoke with his father. His father mentioned Taylor Shaw and the man even described how he killed her.

His dad taunted him. He taunted him with his monstrous acts and there was nothing Weller could do or say to stop him. Weller was dealing with his worst fears ever since he’d been drugged. He had no idea what was really happening and he was risking his friends every time he talked. His friends knew he would put them in danger. Its why they started looking for him again after Jane’s surgery and Zapata went out into the field to go get him personally. She and the others had talked about her pregnancy. They tried to tell her they support her and that they were willing to help her deliver the baby in seven months’ time.

Zapata didn’t really want to hear it. She wasn’t sure what she wanted or what she thought and so she told her friends to give her some space. Zapata went into the field. She went where they told her to go and she found Weller. It turns out Weller didn’t really need her help. He kept Ivy talking because he knew he was buying his team the time they needed to abandon the bunker and once enough time had passed – he made his move. Weller targeted his kidnappers. He fought them off and he made out of the torture chamber by himself. He was also still under the hallucinogenic influence. He didn’t know Zapata was real or not when he ran into her.

Weller pulled a gun on Zapata. He accused her of being Ivy Sands and Zapata had to talk him down. Zapata convinced him to accept her help. She told him he had to take a leap of faith and thankfully he did. He went with Zapata. They went back to the bunker and Weller brought something with him. Weller brought footage of his “interrogation”. He stole it when he broke out and so the team got to see for themselves how much he compromised them. It wasn’t much. Weller only revealed they were in a bunker and their bunker wasn’t even on the maps anymore. They were safe. Weller and Jane were safe.

The couple was reunited. Jane was able to calm Weller. She told him the torture wasn’t his fault and the team was about to return to normal when they were interrupted.

They were found by people looking for Rich and it seems Rich owes a guy a couple of paintings.