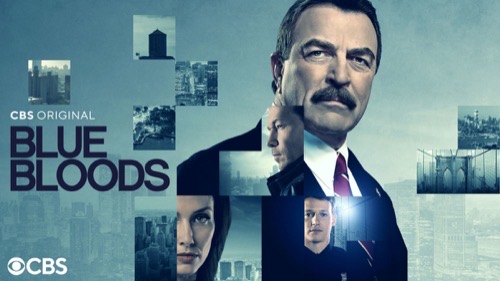 Tonight on CBS their hit drama starring Tom Selleck Blue Bloods airs an all-new Friday, December 4, 2020, episode and we have your Blue Bloods recap below. On tonight’s Blue Bloods Season 11 Episode 1 “Triumph Over Trauma,” as per the CBS synopsis,“Amidst a shifting political climate, Frank goes head to head with City Council Speaker Regina Thomas over protests against police brutality. Also, Jamie and his nephew Joe Hill work together to locate Danny and Baez when they go missing while searching for a killer, and Eddie steps up to help an abrasive woman find her father’s body after it was misplaced during the outset of the pandemic.”

Madelaine Gleeson from Forest Hills was twenty-five years, she is found dead from sophistication and defensive wounds on her hands. Erin says she looks like she was dressed for a date. She tells Danny to do it by the book, the DA has been on her case.

Jamie tells officer Janko and Witten need to respond to a woman at the morgue who threatened to burn the place down. She threatened the employees too. Jamie is alone with Eddie, he tells her that her dad has a hearing coming up, his lawyers filed a request for compassionate release, he is over 65 and has diabetes. He called Jamie last night, he said he would love to have Eddie at his hearing; she says she doesn’t want to go.

On the radio, City Councelor speaker Regina Thomas, they ask her about the NYPD and the anti-cop sentiment that has taken hold because of the wildly publicized police brutally cases that have been covered around the country,

Garrett goes into Frank’s office and turns on the radio broadcast. Regina says, “that this is not about any of that it is about taking legislative action and a repurposing from top to bottom of the NYPD and their resources. To get “him” to retrain would be like getting him to cop to the fact that there is systematic racism and oppression within his ranks.” Sidney enters Frank’s office and listens in as well. “That is geared towards people of color. Repurpose.”

Regina gets a caller that says cops broke up a group outside the Barkley Center and a couple of them were bleeding when they left. Regina thanks him for calling in and then says, “I can’t tell you how many of these calls I get a day. Too many. And I am starting to think that Commissioner Regan and his goon squad need to step back and get back on the right side of history for once.” Frank tells Garrett to turn it off. Garret says they have to make a rebuttal. Frank tells Garrett to check in on what happened at the Barkley Center.

Janko and Witten arrive at the morgue and try to calm the women down to no avail, they have to arrest her for disorderly conduct. Janko asks what her name is, it is Anita. She tells her she will try to find her dad’s body, but she needs to calm down. Anita says fine, but she is returning tomorrow.

Danny and Maria are following a lead for the case on Madelaine Gleeson. The stop at home and ask the women who answers the door if she recognizes the woman, she says no. She goes on to say her son isn’t home, he didn’t show up last night and he has been strange lately, spending a lot of time in the basement. Frank and Maria go in the basement, he looks in a drawer and finds photos of Madelaine, all of a sudden, Maria falls down the stairs. It turns out, the woman pushed Maria down the stairs. Frank goes up the stairs, he has his gun and bangs on the door, it is locked.

Maria hurt her knee, then the lights go out, it is dark in the basement and they are trapped. Meanwhile, Anthony tells Erin he left messages for Danny and Maria, and they haven’t called back. Detective Luke Raines arrives at Erin’s office, he is there regarding Madelaine Gleeson. He has two homicides from last summer with the same MO as Madelaine. He thinks this may be a serial killer. The DNA on the victims match, but the suspect is not in the system. One of the detectives investigating the case dropped off the radar.

Eddie is back in the station, Jamie tells her she is not a social worker and shouldn’t have offered to find the father’s body.

Sidney looks into the Barkley Square incident, only warnings were issued because of excessive noise complaints. Garrett tells Frank that he was invited to the radio show to respond to Regina Thomas’ comments. Frank says no, he doesn’t want to play whack a mole with the caller. Just then, Regina Thomas shows up at Frank’s office, Garrett tells him to be careful. Regina sits down with Frank, she says she may have gone overboard.

Garrett comes back, Frank tells him that it wasn’t his finest hour.

Danny and Maria are still trapped, he tells her that he is going to get them out of this, not to worry. Maria is crying and tells him that she is worried that she won’t get to do the things that she wants to in life. Danny starts to look around and finds a dead body but he doesn’t tell Maria, he doesn’t want to freak her out any more.

Frank is back speaking with Regina, she tells him that a little empathy goes a long way to not escalate things. He says the city is diving into two camps. She says his guys need to descalate, he tells her that she needs to as well. She says the only time she can get his attention is that when he is screaming at him or about his cops.

Jamie finds Danny’s car, Joe Hill shows up to help go around and try to find Danny and Maria.

Maria tells Danny that she didn’t log in their location, she was distracted. The door upstairs opens, Frank goes up the stairs and finds a note that reads, “you’re next.”

Eddie finds Anita’s father, she tells her that his name got mixed up and that is why they couldn’t find him. He is already buried, in a graveyard for people who are unidentified.

Maria is getting sleep, Danny tells her that she can’t fall asleep because she hit her head. He talks about after his brother died, he made a promise, never let his guard down again. Always be first and last out. Cost him every partner he has ever had except her. She tells him that she loves him, he says he love sher too.

Jamie is knocking on doors in the neighborhood, he actually knocks on the right one; the son answers the door, Danny hears someone at the door and starts making a racket in the basement but upstairs they have the music very loud.

Erin goes to see Frank and brings him coffee, asks how he is holding up. He says his challenge these days is figuring out which fire to put out first. He asks her what is on her mind for coming so far to have a coffee. She says she had words with Danny. He tells her that he knows she respects and values him.

Jamie and Joe go back to the house where the woman’s son answered the door. Joe looks in a window and see a woman’s leg and shouts if she is ok. Jamie hears a noise, it is Danny banging on the pipes in the basement. They break the window and go inside. Jamie finds the woman in a chair, she is not responsive. Jamie hears Danny, he opens the door to the basement and rescues Danny and Maria. Danny hugs Jamie for dead life.

The home owner, Susan Roberts, was sophicated. Danny says they need to go through the house with a fine tooth comb, he wants to get this guy. Then he tells Jamie that he is going to the hospital to check in on Maria. Jamie invites Joe to family dinner on Saturday, but he says he can’t, he has plans. Jamie locks down the house to investigate it for clues.

Frank is at the radio station, Frank says to bring on the pitch forms and torches; Regina smiles.

Eddie takes Anita to her father’s grave, it is near the water, and she says that he would like it here. Anita says a prayer that her father always said before game day. Anita says that he never missed a game. Anita thanks Eddie for everything. Eddie makes a call, she leaves a message for her dad that she will be at his hearing. Helping Anita has made an impact on her.

Time for the family Sunday dinner, Danny brings Maria. Erin says she deserves hazard pay for putting up with Danny. Maria thanks the family for inviting her. Jamie says it is not every day that they get to break bread with a partner that Danny was able to hold on to. Danny says grace.