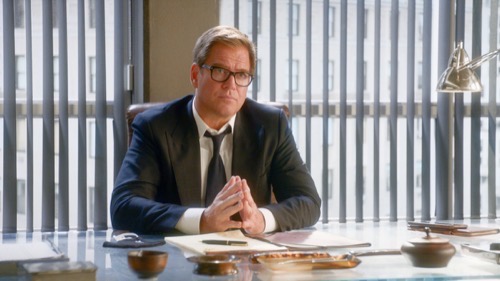 Tonight on CBS their drama Bull inspired by Dr. Phil McGraw airs with an all-new November 30, 2020, episode and we have your Bull recap below.  On tonight’s Bull season 5 episode 3 called, “Prison Break,” as per the CBS synopsis, “Bull helps Chunk as he represents a convict from the legal aid clinic of his law school.”

A prisoner was accused of murder. This wasn’t the first time that a prisoner has been accused of killing a guard nor will it be the last. Yet, this case was different. The prisoner was Ronnie. Ronnie knew Chunk from the legal aide he works within defending prisoners and so he got to know her real well. He knew Ronnie wasn’t the type to kill a guard. He also knew she had no reason to try and escape. Ronnie was in prison for armed robbery. She drove the getaway vehicle while her friend robbed a jewelry store. Ronni had only gotten involved because she was a junkie looking for a next fix. She’s clean now. She’s been clean for three years and she’s also been a model prisoner. There is no reason why someone like that would take the time to hatch a plan to escape.

Not when they were diagnosed with Non-Hodgkin’s lymphoma. Ronnie has cancer and she was on her way to treatment when this supposed jailbreak happened. Ronnie escaped the guards. She ran straight to her aunt’s place and she was holding herself up there until Chunk arrived. Chunk arrived with both Benny and Bull. He wanted their help in providing Ronnie the best terms of surrender and so the three men were allowed to enter the aunt’s home. They went in. They found Ronnie and she didn’t have a gun. She claims she never had had a gun. Ronnie said she escaped after a guard tried to rape her and that she ran all the way to her aunt’s place where she claimed to have a gun just so that the cops wouldn’t come in guns first.

Ronnie also revealed what really happened. Ronnie told Chunk that she had been warned about the transport guards because they seem to like raping female prisoners and they’ve been doing it for a while now. The guards even have a routine. They claim their vehicle was being overheated. They would come off the freeway and a guard would go into the back to “check” on the prisoner. The guard that went into the back would usually be the rapist. He would take advantage of his position to rape the prisoners and the women couldn’t do anything about it. They couldn’t report it. The guards tend to stick together and the women didn’t want to face retaliation. The women also realized that not many were going to believe the word of a prisoner over a guard.

Ronnie had feared the same. She was literally on her way to cancer treatment when a guard decided she was fit for rape and so she ran to the only place where she felt safe. She ran to her aunt’s home. She could have tried to make it to the border. She could have tried out Canada or Mexico and she chose neither. It was never about the escape for her. It was about running towards safety and she naturally thought of her aunt when she thought of that. Ronnie also said she had nothing to do with the guard that died. She never grabbed her rapist’s gun and so it was impossible for her to have killed the guard. Odds are it was friendly fire. Ronnie was running through tall grass and the second guard must have mistaken one of his own for Ronnie.

Ronnie was innocent. She needed legal representation and Chunk agreed to assist her. He, Bull, and all of the others were going to represent Ronnie in her trial. She was facing life in prison for murder. She needed all the help she could get. Ronnie’s case was especially difficult because it was her word against a guard’s and she didn’t have the other prisoners backing her up. The prisoners were still keeping quiet for their reasons from earlier. They were too frightened of what the other guards might do to them and so Ronnie was on her own. She had to face the system on her own. She needed a jury who would be as rational as Chunk. Chunk took in the facts and he came to his own conclusion that Ronnie was a killer. He was rational. They needed a jury of people just like him who would see what Ronnie had to lose and who would realize there’s no way she would take such a risk.

Later, the team put together a jury they were proud of. There was one member of the jury who Marissa knew from childhood because she went to high school with him and he used to drive her to school. Marissa’s mother used to pay him to drive her to school. He was an older kid and Marissa had a major crush on him, but she never told him how she felt and so she remembered the good old days when she was back home. She had a few glasses of wine. She went looking at her old high school social media page and she ended up joining the group online. She didn’t mean to join the group. She wouldn’t have done it if she had been a little soberer and so her walk down memory lane is going to cost her. Marissa is now forever part of the group. She began receiving messages that very night.

People naturally asked about trial science. They had never heard about it and they were curious. Marissa’s social media was soon flooded with messages from people with questions and there was no turning back for her. Marissa’s whole life is out there. The juror even reached out to her and so that posed an ethical conflict. Marissa had to tell both Bull and Chunk. Chunk was distressed when he found out. He knew he had to bring it up to the judge and that they could risk causing mistrial if not receive another juror would be less interested in their side of things. The alternate juror was exactly what they didn’t want and still, they got her. They lost a good juror because Marissa was strolling on social media while drunk.

Their case wasn’t all that great. There was evidence that Ronnie’s partner in crime for that jewelry store robbery was getting out three months before her and that there were almost half a million in diamonds that weren’t found when they got arrested. Those diamonds were still out there. The first person to get out was the first person to collect them and so the ADA claimed that Ronnie tried to break out in order to get to the diamonds first. Only Ronnie hadn’t known about the diamonds. Ronnie testified she didn’t know about the diamonds and it hadn’t moved that one juror. The one juror that the team couldn’t but couldn’t do anything about. To move that juror, Danny had to find evidence that the guard was a habitual liar.

Danny found out there was a second transport vehicle that had the guard’s DNA all over it. His semen was all over the back and so it was hard for the guard to deny he never had sexual contact with a prisoner. He was a liar. They proved he was a liar. The jury ended up finding Ronnie not guilty because it easier to believe in her once they knew the guard was a liar. Ronnie also didn’t have to worry about retaliation. Chunk and Bull were going to apply pressure on the Board of Corrections and they were going to keep fighting her case until she was released.

And Marissa got a letter from her old crush and it turns out he had a crush on her as well.