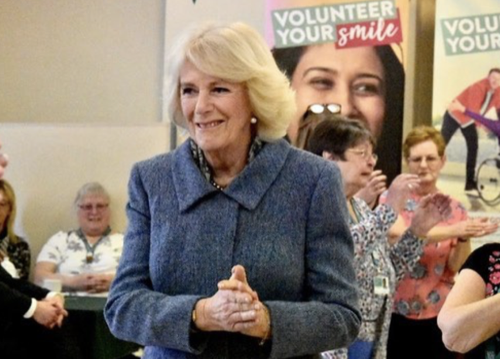 Camilla Parker Bowles is married to Prince Charles and has been the Duchess of Cornwall since 2005. However, according to a documentary, a royal biographer says that was never her intention. In fact, she reportedly thought being his mistress was a bit fun and planned on continuing sleeping with the Prince of Wales as long as “she was sexually active.”

Documentary: ‘The Royal House of Windsor’ – According to a Channel 4 documentary, “The Royal House of Windsor,” royal biographer Christopher Wilson says that when Camilla started sleeping with Charles, she never intended on marrying the Prince of Wales. She also didn’t expect anyone to find out, much less the entire world. But that is exactly what ended up happening and it would change Camilla’s world — as well as Princess Diana and Charles’ worlds — forever.

‘Not a Suitable Wife’ for Princes Charles – Charles and Camilla’s controversial love story didn’t begin with the affair, even though they were both married to other people. Charles to Diana and Camilla’s husband was Andrew Parker Bowles. They first met and fell in love when Charles was just 24 years old. However, the Royal Family did not find her to be a suitable bride.

During a mindfulness session, The Duchess hears about how the @maggiesmarsden centre has helped patients with their ongoing treatment and recovery. pic.twitter.com/Lt1HurqzQ3

Despite being married to other people, Charles and Camilla would later meet once again and would pick up right where they left off. Then, when Charles became engaged to Diana, they broke it up. By the time 1986 rolled around, they had once again resumed sleeping together.

Camilla Parker Bowles, the Happy Mistress – In the documentary, Wilson says per Express that Camilla’s secret love affair was exciting and fun for her. Even though some think that she was trying to take Diana’s place, she never wanted to become part of the Royal Family.

“Camilla saw life as Charles’ mistress as a bit of fun and a thing that would never be made public, and would continue for as long as she was sexually active… I don’t think there was ever any ambition on her part to advance herself to become the wife of the Prince of Wales.”

Charles and Camilla ended up getting married in 2005. Instead of taking the title of Princess of Wales, Camilla is now known as the Duchess of Cornwall.