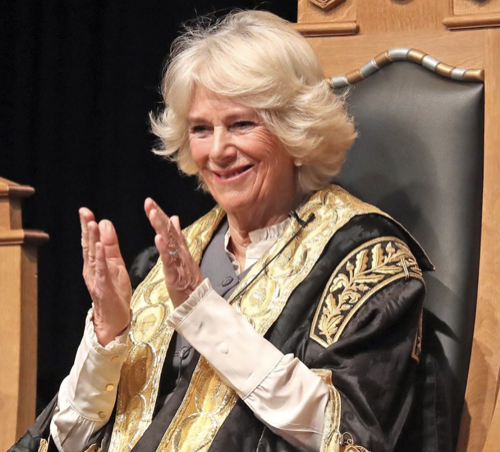 Camilla Parker-Bowles isn’t just Prince Charles’ wife, she is his partner and together, they balance each other out. This will prove to be quite beneficial when the Prince of Wales becomes King. It is predicted that he will be an “awkward” ruler. However, one unusual, yet crucial royal duty will fall on Camilla’s shoulders to help with this. Keep reading to get all the details!

Prince Charles Is Awkward – When Queen Elizabeth passes away, the throne will be handed to the next in line, which is Prince Charles. Every person, including the royals, has their own unique personality and demeanor. With the Prince of Wales, he is known to be an awkward man, which leads royal commentator Angela Mollard to predict an awkward King.

That doesn’t mean he won’t succeed at ruling a country. It’s just how he comes across and it has no bearing on his decision making. However, the public tends to feel more confident with leaders that are confident and unwavering. This is where his wife comes in with a specific royal duty.

Representing the Royal Family – Charles and Camilla are just two members of the Royal Family, but they still play a big part in representing it. Over the years, the couple has endured scandals and gossip. Even so, they both have been successful in their endeavors.

Camilla Parker-Bowles Embraces Leadership – The Duchess of Cornwall may not have been a “suitable bride” for Charles when they first wanted to wed in the 70s. However, she has proven herself to be more than capable of taking on royal duties. She has also embraced being a royal, but more importantly, she remains a solid support system for Charles.

Better Together and Creating Balance – If Charles never remarried after Princess Diana’s death, he would still make decisions as King. However, there is so much more confidence when he’s partnered with Camilla. In fact, they seem to balance each other out, which means they work better together.

“He’s an awkward man, he’ll be an awkward king… His wife will soften him.”

Prince Charles and Camilla Parker-Bowles Are Now Part Of The ‘Fab Four’ https://t.co/AIyCdALBLi

Duchess of Cornwall the Perfect Partner – While many of her talents and characteristics will remain once she becomes Queen Consort, there is one attribute that could change. That trait is her sense of humor. Don’t expect to see it quite as often when her royal role changes.

Camilla has always adjusted well to circumstances, no matter how much or how quickly they change. When Charles takes over the throne, Camilla will be prepared to make the appropriate adjustments to her public image.

“But I think they’ll hold onto the reins for a short while… I think Camilla will be just what someone who’s in that position of power needs, just as Prince Philip has been for the Queen.”