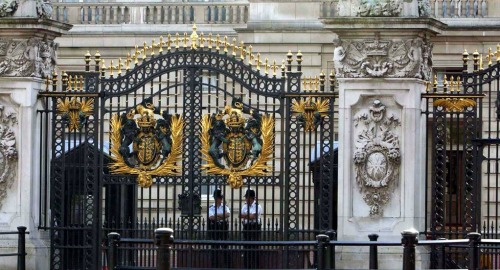 As coronavirus sweeps across the globe, authorities are taking extreme measures. As previously reported, those in the UK who refuse to self-isolate, quarantine or get tested could face fines and prison time. It looks like that threat is real. A man at Buckingham Palace was surrounded by a team wearing white suits and arrested by police.

Just days ago, it was announced that extreme measures would be taken to help stop, slow down and contain COVID-19. As the infection rapidly spreads throughout the world, government officials are getting tough.

Last week, it was stated that those who refuse to get tested could face fines and prison. However, what about those that could have the infection, but who don’t self-isolate? The latest information confirms those individuals could be detained and arrested.

Police Given Power To Arrest the Infected

Independent reported that health secretary Matt Hancock has announced emergency legislation. One of those includes giving police the power to detain and isolate those who could be infected with the coronavirus. Action has already been taken against those who are risking others by not self-isolating.

A man walking outside Buckingham Palace was cautiously approached by police and a team wearing white Tyvek forensic suits. In photos published by Express, the man appears to try and back away, as if he is resisting.

Although the police did not release a statement, it is clear from the Tyvek suits that the man was suspected of having coronavirus. However, it is not known if he tested positive, was showing any symptoms, or what led police to approach the man in the first place.

The Buckingham Palace arrest comes after news that Queen Elizabeth has left her London home. She reportedly has gone to Windsor as a precautionary measure. It was previously reported that those aged 70 and above could be forced to self-isolate. Queen Elizabeth, Prince Philip, and Prince Charles are all in this age range.

Members of the Royal Family have stopped giving handshakes. Some were continuing to shake hands, but wore gloves. However, it is now advised to stop handshakes altogether and many of them are complying. In addition, tours, trips, and royal engagements are being canceled or postponed at an increased rate. It was also suggested that there might be quarantines in the near future. If things continue to get worse, then a complete lockdown could be ordered.

What do you think of the police arresting those suspected of having COVID-19? How should the Royal Family handle the coronavirus crisis? Don’t miss all our hot Buckingham Palace news here at CDL. We’ll pass along plenty of updates as other royals news rolls in.