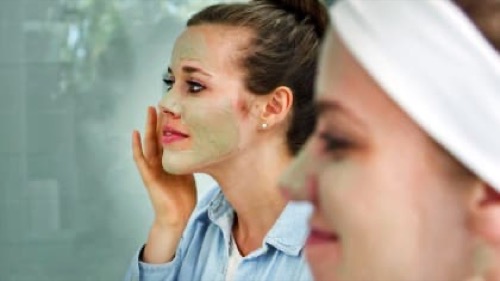 Tonight on TLC their reality show Counting On airs with an all-new Monday, July 14, 2020, season 11 episode 2 and we have your Counting On recap below.  On tonight’s Counting On season 11 episode 2 “Beverly Hills Duggars,” as per the TLC synopsis, “Jana and Jinger hit up Beverly Hills for some shopping but quickly get some sticker shock when Jinger falls in love with a pricey jacket. In Arkansas, the girls enjoy a mom’s day in. They dig deep as they answer questions about pregnancy and motherhood.”

Both Josiah and John David went to a Lamaze class with their wives. Their wives were in the early stages of their pregnancies. It was also the first child for both women. They didn’t know what to expect and so the classes helped. The family knew the instructor really well because she was a friend of the family. Theresa had even helped several of their siblings during their pregnancies. She knew what she was doing and so she helped these first-time parents. Josiah and John were taught how to assist their wives in childbirth. They also took part in the “empathy” experience. The guys were given false bellies and they had to navigate how to move during their fake pregnancy.

The guys also experienced labor pain. A machine was attached to all the men in the class and the pain level kept going up and up until the guys couldn’t take it anymore. They said labor was like being electrocuted and one of them had given up before reaching the highest level. Theresa told the guys that they were lucky. They got to give up and that’s something the women couldn’t do. The women had to go through labor until there was a baby. Abbie and Lauren were each excited about their pregnancy and the class didn’t frighten them. They were still excited. The women weren’t just taking classes. They were also receiving as well as asking for advice for the other women.

Josiah and John’s sisters were a great support. The guys weren’t too bad either. The guys and their brothers and their brothers-in-laws had gotten together to do something for the women. It was like a Mother’s Day surprise but it wasn’t the holiday. The guys just wanted to do something nice for all the mothers in the family. They arranged a Spa Day for them and they decorated the new house. They put flowers everywhere. They also made face masks. The masks smelled a little horrible because of the ingredients they used and so it was the thought that matters. The guys merely wanted the women in their family to feel special. And they accomplished that through all their efforts.

The women had felt special when they walked in and saw everything. They loved the decorations. They were even good sports about the face masks. They all put face masks on and unfortunately one person had a negative reaction. Christina said the face mask was burning. She took it off and her face was red because of the mask. She was a mother to one of their wives and it had actually been her son-in-law mask that caused such a reaction. She luckily took it off in time and she applied a different mask that was more cooling to the skin. Other than that, the women had loved their Spa Day. They enjoyed the time to themselves and it was the guys that were watching all the kids.

Mostly everyone got to enjoy the day. Jinger couldn’t because she had just moved. She moved to LA with her young family and her sister Jana had recently visited her. The sisters had touched base. They also went shopping together and shopping in their family is kind of special. They were taught to save money at an early age. Their mother taught them to buy clothes second-hand and the sisters eventually created their own style. They don’t show off their legs or their arms. They wear long skirts. They also don’t typically like shopping. Jana hadn’t liked shopping and she said the only one in their family who does was Jinger because she was the one who loved fashion.

Jinger had no concerns about shopping. She enjoyed it and on their latest shopping trip, she found a blazer that she had been looking for. The blazer went with everything. Jinger loved it and so she spent hundreds of dollars on it. Her mother later heard she did that and she was so shocked. Their family did not spend hundreds on dollars. Especially not on one article of clothing. Jinger went against the mold when she did that and that was another example of how unique all the sisters are. Jana was still out in LA visiting her sister when the Spa Day occurred. She wasn’t a mother herself or even married, but Michelle gave out plenty of advice.

Michelle helped everyone understand how what they’re feeling is normal. It was okay if they were flustered or if their children had regressions with potty training. The last one had been a question from Jessa. She and the others had put a bunch of questions into a hat. The older women pulled out notes from the note and gave their opinion on it. Jessa had asked about her son’s case. She said her eldest son suffered from regression after his little sister was born. She didn’t know or if it was something she did and so having someone like her mother who has been raising kids for over thirty years there to answer her had helped.

Sometimes moms get overwhelmed. They were the caretakers in their family and the guys didn’t really understand how hard it was until they stepped in to watch the kids while the women enjoyed their Spa Day. The guys, therefore, dealt with a bunch of toddlers. Toddlers who wanted out of their car seats before they reach their destinations as well as toddlers who liked playing so much that it was hard to reign them in. They had to be corralled like cattle. Their fathers went on to praise God for their wives because they realized they couldn’t look after a baby much less several of them every day.