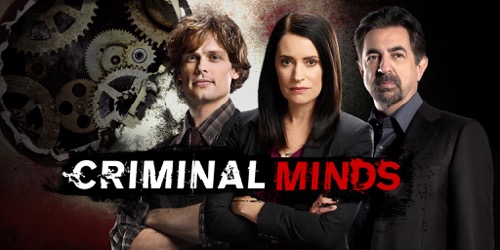 Tonight on CBS their hit drama Criminal Minds returns with an all-new Wednesday, January 15, 2020, season 15  episode 3, called “Spectator Slowing,” and we have your weekly Criminal Minds recap below. In tonight’s Criminal Minds episode season 15 episode 3 as per the CBS synopsis, “The BAU team investigates a series of seemingly random fatal explosions throughout Kentucky and Tennessee.”

JJ is back. She came back from administrative leave and she is ready to work their latest case. The team was dealing with a bomber. This bomber was delivering his bombs via mail. The first two victims were from different states and they had never met. Then the third bomb went to the Kirkmans. Rhonda Kirkman had opened the package indoors and luckily her package hadn’t been carrying enough to juice to kill her. All it did was injure both her and daughter. The two were now recovering at the hospital and so the team was worried. They thought the Unsub would lash out now that he failed to kill someone.

The team traveled to the site of this latest bombing. It was as they were up in the air that they began theorizing and so far they believe this Unsub got close to his victims. The typical mail bomber liked to distance themselves. They would give it to a company to deliver and they wouldn’t stick around to witness the fallout, but this Unsub was delivering the bombs himself. He put postage stamps on them to make them look real and the whole time they were never out of his eyesight. He liked delivering them. He probably liked watching what happened as well and so that circles back to the victims.

Why did he choose these people? Mail-bombers tended to select their victims themselves and they usually did something or violated some code that’s only known to the Unsub though this time the team suspected that their Unsub might be selecting his victims randomly. The victims were all over the board. They were well-liked and their politics ran towards the middle. This went for the latest victim as well. Rhonda Kirkman and her daughter Sophia seemed like good normal people. The only thing they had in terms of enemies was Rhonda’s ex. The ex had gotten upset when Rhonda won full custody and he may have threatened to make her pay one day.

It did sound like the Unsub. The Unsub hated his victims and he liked making sure that those that loved them paid as well. The Unsub had sent several letters to the victims’ families. The letters would be funeral notices and it would also promise fun and games. It was a taunt. It was made at the families’ expense and so the team came to believe that it was the families that were the real targets. The team was working through their theory when another bombing occurred. This time it had killed its victim and so then Unsub must have worked out whatever was the issue with his bombs.

The team realized their Unsub was speeding through his timeline. They needed to catch him fast and so the team created a list of loved ones for each victim. They then asked Rhonda’s parents if anyone jumped out. The couple looked through the photos and they spotted several people they recognized. The Kirkmans remembered the faces from when they all took a cruise together. They had met the rest of the group and they had all gotten on so well that they rented a car together in Montreal. The Kirkmans didn’t remember anything odd happening on their trip. The trip also didn’t find anything and yet the Unsub was angry at this group of people.

The Unsub was so angry that he later showed up at the hospital. He spoke to Mrs. Kirkman and he left a gift in her granddaughter’s room. By then the team realized the Unsub most likely wanted to finish what he started, so they searched Sophia’s move and had already moved her by the time they found the bomb. The bomb was really only there for the show. It didn’t explode and so no one was hurt. The Unsub just did what he did to cause panic and so he was especially lashing out at the Kirkmans. They must have done something more than the others. Kirkman didn’t recognize the Unsub and so the team walked them back.

The team spoke to Mr. Kirkman first. He talked about the drive to Montreal and how they had driven past a famous murder house. The house where this man ran a bed and breakfast, but then killed his clients and cashed in their checks. The group had stopped by this house and they had taken photos. It was Lauren Kirkman that was taking the photos. She even tripped over some uneven ground. There was also a young man there and he had been watching the ground where Laura was. He was mostly focused on the flowers that she was trampling on and she was wearing a yellow dress.

The dress was important because local police found a bombed-out shed with a cadaver. The cadaver was wearing a yellow dress and so the body was a surrogate for Laura Kirkman. She was the one that riled the Unsub. The Unsub has been planning on killing her last and unfortunately, she walked right into his trap. She received a call she thought was from the hospital and so she left the police station to go to the hospital on her own. It was as she was on her own that the Unsub finally made his move. And so the team looked into the house on Manner Street where the murders took place because they knew that’s where this all led back to.

Garcia checked the list of victims. She went through each and every one of them until she found Sally Baker who was one of the victims, but that hadn’t been her real name. Her real name is Audrey Mattson. She changed her name to get away from her violent ex and she fled to Canada with her young son Shelby. Shelby was their Unsub. He must have tried protecting his mom when he was young and she was murdered anyway. Shelby probably blames himself for that and that’s why he left those flowers there when his mom died. And so for him to see people turn her memorial into a destination spot must have set him off.

Shelby inherited his father’s violent tendencies. He reacted the only way he knew how to the insult and he blamed Laura for trampling the flowers. But the team found him before he could murder her and they were forced to kill him when he attempted to set off another bomb.