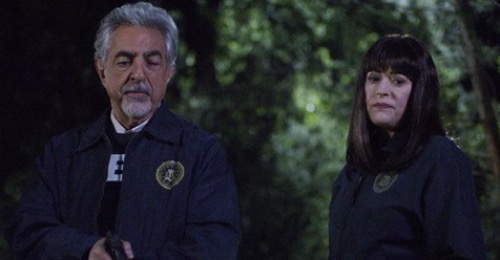 Tonight on CBS their hit drama Criminal Minds returns with an all-new Thursday, February 12, 2020, season 15  episode 8, called “Family Tree,” and we have your weekly Criminal Minds recap below. In tonight’s Criminal Minds episode season 15 episode 8 as per the CBS synopsis, “Prentiss and J.J. decide about their future as the BAU goes to Beaumont, Texas, to investigate a series of killed businessmen.”

A man approaches a prostitute on the side of the road. He offers to take her away from her lifestyle but she laughs at him. He agrees to her $50 fee. They leave together and he kills her. It’s something he can’t stop doing in each and every time he dies slowly more and more. He buries her.

Emily has been offered the position of director of the FBI. She needs to take some time to think about it. Her boss asks her to keep it confidential.

JJ tells Garcia and read all about her recent travels. She tells them how the field office is located in New Orleans and if she wants to go back she has a job there. They both get sad. Emily interrupts with a case. The team meets up to discuss a recent string of murders. It’s a mix of men and women victims, a recent male was found in a dumpster. Meanwhile, there killer is piercing a thread and needle through somebody’s ear.

During their travels to the Texas, the team goes over profiles of the victims. When they arrive, Emily and David get an update on the female victims who are mainly prostitutes and the men who are all wealthy. Amputations to the victims were done with care in regards to the women but the men were treated badly. JJ reports back to the team with a sketch of their unsub after speaking with one of the prostitutes friends.

There suspect goes and test drives a truck with a car salesman well the team continues to profile him and try to draw connections or patterns between their victims. They are interrupted with the word that a local car salesman has gone missing and not returned back to his business after leaving three hours ago. They head to the dealership to take a look around. Reid an Emily hang back with David to discuss the unsub and whether or not he sees his women victims as brides.

The team holds a conference to discuss who they are looking for, his danger to the public and how he most likely performs his criminal acts in remote locations.

The unsure heads to a local bar where he has been talking to the bartender for a couple of weeks. He wants her to come with him, to give her a new start. Some of the men throw him out. He takes off angry.

Garcia calls Emily and David about a birth during the time frame they were looking at. The mom, who lived on the streets, had a baby and attempted to get child support from the father. Other than that, the pertinent information they need is sealed. Meanwhile, the unsub grabs the bartender Becky when she gets out of the bar late at night.

Later, Becky’s guy friend from the bar reports her missing. He tells them about the crazy man who came into the bar. He was driving a muddy truck. The team gets to work finding their location while the unsub brings Becky out into the dark woods. She freaks when they arrive to see a tree he wanted to show her. It has body parts hanging from it.

The team digs deeper, looking for land that has been owned by a wealthy family for decades as the unsub terrorizes Becky. They find where they need to go and arrive in the woods to find their suspect. He runs on foot for a bit. David chases him. They both pull guns. He shoots David. He runs back to the cabin. Becky pretends to be smitten with him, kissing him so she can go free. He begins to bleed from the head. Its on her hands. Reality returns. The suspect is laying on the ground bleeding. He dies by the time David gets to him.

On the ride back home, Emily tells JJ about her offer. She wanted her to know before she makes her decision about New Orleans. Reid and Tara talk about the unsub, it appears he was living in two different realities which weren’t based in reality at all. Meanwhile, David is feeling rattled. He knows why, the last time he chased an unsub in the woods, he almost died. He knows PTSD is real. He also doesn’t know why he was allowed to live. Meanwhile, the unsub (Lynch) David wonders about is living the life with a new woman. He tells her he doesn’t deserve all of this as they look around at a beautiful landscape.