Dancing With the Stars Spoilers: Bethenny Frankel Says Tyra Banks Not Bigger Than The Game, Deletes Tweet, Invites Her on Podcast 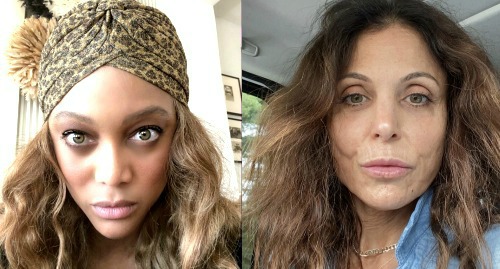 Dancing With the Stars spoilers reveal that Tyra Banks was accused of not wanting any Real Housewives on DWTS because they “don’t make headlines anymore.” A rep claimed that the report was false, but RHONY alum Bethenny Frankel reacted only to retract her angry tweet. Then, she offered for Tyra to join her on her podcast.

What Started the Outrage

DWTS spoilers reveal that a report surfaced that Tyra “banned” anyone from the Real Housewives franchise from competing on the dancing series. A few of the cast members and alum were specifically named as not making headlines anymore.

One of those just happened to be Bethenny. Some didn’t believe it, but others reacted with outrage. This is when Tyra’s publicist spoke out and denied the allegation.

Speaking to Page Six, publicist Elana Rose of The Rose Group slammed the original report and said it was completely false. In fact, Elana said that Tyra has nothing to do with casting and she actually loves the women of the Real Housewives.

Even though not one of the stars hasn’t been on DWTS since 2017, someone close to production insisted that they talk to the reality TV personalities “all the time.”

Dancing With the Stars spoilers reveal that one person who reacted hastily was Bethenny. Although her original tweet has been deleted, it read in part,

“Good to know @tyrabanks has clumped me in her no more housewives mandate on @DancingABC… I’m also no longer a housewife, but nobody is bigger than the game Tyra.”

Dancing With the Stars Spoilers: Retract and Regret

Shortly after posting the angry tweet, Bethenny deleted it, but also addressed why she retracted her original post. Then, she invited Tyra to speak on her podcast as a way to show there are no hard feelings.

Of course, everyone had an opinion with some telling Bethenny she shouldn’t have deleted it and others expressing how they feel about Tyra’s hosting skills.

“I deleted that last post Bc I really like & have a great relationship with Deena Katz from #DWTS. If @tyrabanks wants to come on my podcast, she is welcome anytime as she has built a successful brand on her own in her own way. #justbwithbethenny.”

What do you think of Bethenny Frankel deleting her tweet, then inviting Tyra Banks to speak on her podcast? Tell us your opinion and remember to come back to CDL for scorching hot Dancing With the Stars spoilers, updates and news.