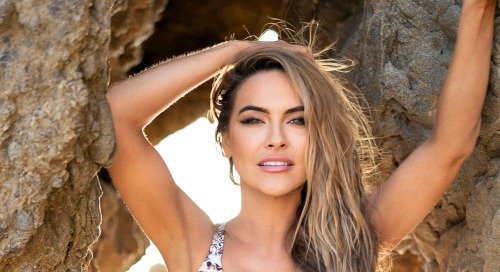 Dancing With the Stars spoilers reveal that Chrishell Stause’s Instagram Stories mentioned The Bachelorette. This isn’t the first time her name has been attached to the television program. In fact, 10 years ago, Chrishell was next in line and All My Children was even going to do a cross-story on it. FInd out why it’s being mentioned now and if she could finally get her chance.

Next in Line for The Bachelorette

DWTS spoilers reveal that there was a lot of talk when Chrishell mentioned The Bachelorette in her Instagram Stories. She recently took the time to clear it up in her guest post on ET. She explained that 10 years ago, she was next in line to be on the dating show.

It was brought up when ABC executive Rob Mills mentioned it on Nick Viall’s podcast. However, she didn’t end up being on the show and Chrishell says that everything happens (or doesn’t happen) for a reason.

This is not the first time that Chrishell’s name has been tied to The Bachelorette this year. It was confirmed by host Chris Harrison that he has gotten to know Chrishell.

Now, he didn’t say that she was going to be on the reality show, but did tease “never say never!” He also indicated that he really likes the Selling Sunset star, so it’s possible that they could be considering her to be the next Bachelorette.

Dancing With the Stars spoilers reveal that Chrishell recently shared her experience during the Villains Night rehearsal when everything went wrong. In that same post, she had a message for Mills.

“He kind of said it like, ‘Oh, she probably doesn’t remember.’ And the funny thing is that I definitely remember because on my side, the way I was approached about it was that, All My Children, which I was on at the time, was going to do a cross storyline. … It’s so funny, it’s all intertwined what could have been!”

Dancing With the Stars Spoilers: Chrishell Stause to Find Love?

Now that Chrishell is getting divorced from This Is Us star and The Young and the Restless alum Justin Hartley, could The Bachelorette be her next big project? You tell us what you think and if she should be on the show to find true love!

Would you like to see Chrishell Stause on The Bachelorette? Let us know your thoughts and remember to come back to CDL for the juicy Dancing With the Stars spoilers, updates and news.