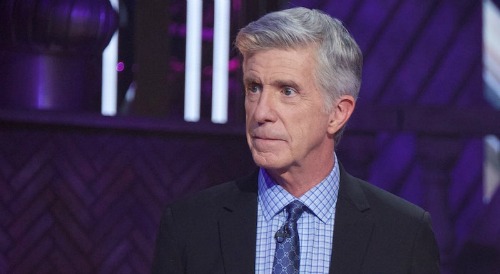 Dancing With the Stars spoilers reveal that former co-host Tom Bergeron has opened up a bit about his termination. Even though he has no plans on returning, he wouldn’t give out too much information. That’s because he still has good friends and colleagues on the show. However, he did say that some pro dancers considered quitting when his firing was announced.

DWTS spoilers reveal that when it was announced that Bergeron and his co-host, Erin Andrews, were not returning, it was a shock to everyone. It seemed like it might have been a surprise to Bergeron too. In fact, he posted on his social media accounts in July that he was “informed” that the show would continue without him.

He has been part of the series since 2005, which is a total of 28 seasons. That is a very long time to be part of a TV show and for many viewers, it’s just not the same without him.

Bergeron recently spoke about his career on the series and the shocking exit. Speaking on The Stuttering John Podcast, the former co-host indicated that some of the pro dancers were not sure if they wanted to continue if he wasn’t going to be there. However, he encouraged them not to quit because of him and to stay on board.

Tom Bergeron Urged Them to Stay

Dancing With the Stars spoilers reveal that there is a good reason why Bergon urged the pro dancers to stay on the production. For one, he didn’t want people quitting a good gig just because he wasn’t part of it anymore. The other reason is because they were young and still building their brand.

Even though many viewers blame Tyra for all the changes, Bergeron implied that there was lots of controversial changes prior to her coming on board. We’re not talking about weeks or months, either. Apparently, there were changes that caused big disagreements beginning in 2018.

“… it started changing early in 2018. There were staff changes, philosophical changes…I’m kind of digging the time off.”

Bergeron stated that he has no interest in returning. However, he did admit to missing “the early years.”

What do you think of some of the pro dancers considering quitting DWTS after Tom Bergeron’s exit? Remember to come back to CDL for sizzling hot Dancing With the Stars spoilers, updates and news.