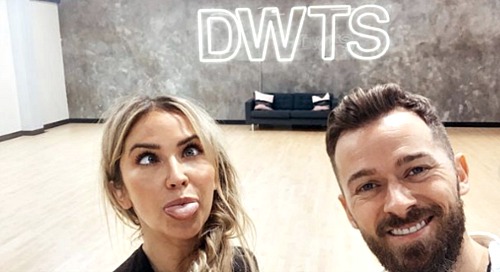 Dancing With the Stars spoilers reveal that Kaitlyn Bristowe is still performing despite her recent ankle injury. In fact, she gushed that she was so happy that she couldn’t even feel the pain.

However, some fans think she is a bit too touchy-feely with partner Artem Chigvintsev and have noticed he seems uncomfortable with her flirtatious behavior. Some even think she’s being disrespectful to Artem’s fiancee, Nikki Bella.

On Instagram, the official account for DWTS posted a photo of Artem and Kaitlyn. The pro had a big smile on his face while the reality star had a goofy pose for the camera.

In the comments, fans started debating on how Kaitlyn interacts with her partner. Some were focused on the dancing, but others seem to think that Artem might be uncomfortable with her extreme friendliness.

Some viewers feel that since Artem is engaged to Nikki Bella. Even though they are not married yet, Artem has reportedly said that they will tie the knot “soon.” The couple welcomed their first child this past August.

So, some DWTS viewers feel that Kaitlyn being so touchy-feely and flirtatious with her dancing partner is downright disrespectful. One of the comments reads, 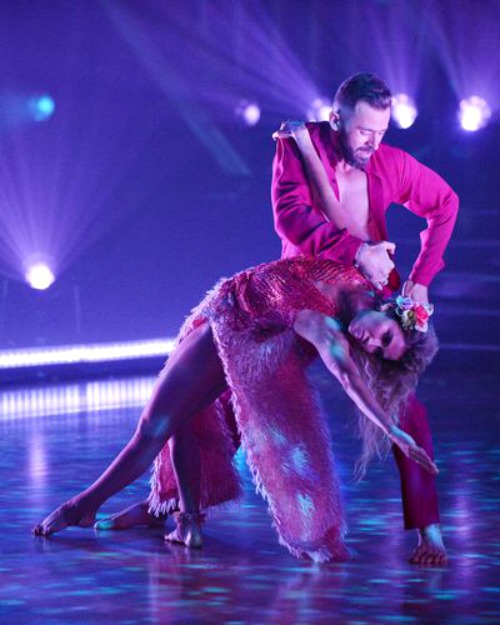 “I know this is harmless but how does her flirty behavior help Nikki with her struggles? Nikki says it’s hard seeing him dance with her because she’s beautiful. She has to know there’s an issue and Nikki is really feeling bad lately. Why be touchy out of the dance? She should respect Nikki and her feelings.”

Another wrote, “It’s disrespectful for her to always be touching Artem bts when it’s obvious Artem is uncomfortable with it and never touches her back unless they’re dancing, live, or doing professional photographs.”

Even though some called out Kaitlyn for being too friendly, others defended her.

Dancing With the Stars spoilers indicate that Kaitlyn is probably very touchy with everyone she comes across. Some people are naturally like that and don’t see that it might make others uncomfortable.

It is also important to consider culture. In some areas of the world, including American, many women are very flirtatious and touch a lot without it meaning anything.

However, in some other countries, the people can be pretty standoffish. So, a simple culture difference could explain why Artem seems a bit uncomfortable with Kaitlyn’s super-friendly demeanor.

Have you noticed Kaitlyn Bristowe being too flirtatious or touchy-feely with her partner? Tell us what you think and come back to CDL for more sizzling Dancing With the Stars spoilers, updates and news.