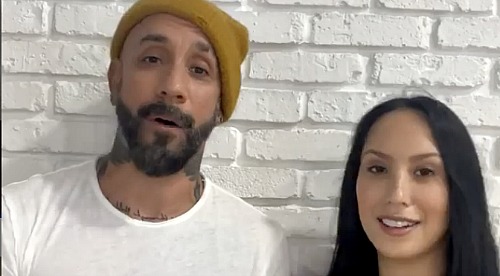 Dancing With the Stars spoilers reveal that a lot of viewers are not happy with how new executive producer and host Tyra Banks is doing on the long-running series. However, contestants, professional dancers and judges are backing her up. This includes Cheryl Burke, who is a huge supporter and says Tyra is “very real” and is bringing the cast closer together.

Speaking to Us Weekly, Cheryl talked about Tyra being the new host and all the changes she is making. Ever since season 29 began, the new executive producer and host has been subject to a lot of criticism.

However, the cast has been standing up for her, including Cheryl. In fact, DWTS spoilers reveal that Cheryl thinks Tyra admitting her mistakes is “really refreshing.” She also believes that the controversial host is “very real.”

Cheryl went on to talk about the elimination results mix-up, where the wrong names were announced. She believes that Tyra handled the entire situation very well. She also explained,

“It’s really refreshing, I think, to see her just basically call herself out from certain things. When that happened with the missed results — whatever happened — she handled it pretty well. She’s like ‘Guys this is live television, it is what it is,’ and she’s very real. She’s not just like reading a teleprompter.”

Dancing With the Stars spoilers reveal that a lot of viewers think the dancing competition series is turning into a fashion show. All over social media, people are commenting negatively about how Tyra dresses, the number of costume changes and everything in between. However, Cheryl says she looks forward to seeing what Tyra wears each week.

Dancing With the Stars Spoilers: Bringing Cast Closer Together

The long-time cast member also stated that Tyra is “ad-libbing” quite a lot. She also explained that Tyra is trying really hard to bring the cast closer together.

Even though everyone has to social distance as much as they can, Tyra does her part to interact with others as much as possible. Cheryl added that she thinks Tyra is doing a really good job and is just “great.”

Cheryl isn’t the only cast member that is defending Tyra Banks. With that being said, we want to know what you think about the new executive producer and host. Do you agree with what Cheryl Burke had to say or do you have a different opinion? Let us know in the comments and come back to CDL for scorching hot Dancing With the Stars spoilers, updates and news.