Days of Our Lives Spoilers: JJ Deveraux Needed Back on DOOL – 4 Reasons Why Casey Moss Should Return 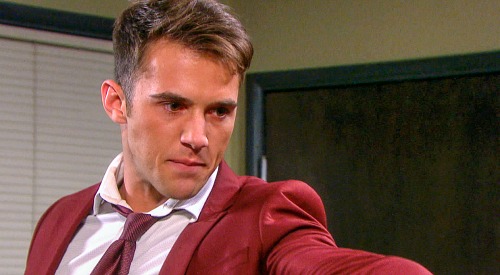 Days of Our Lives (DOOL) spoilers reveal that fans were shocked when JJ Deveraux (Casey Moss) was suddenly written off the show earlier this year. After JJ left town to attend Bill Horton’s funeral in Africa, he never returned home. Of course, many Days viewers would like to change that! JJ Deveraux is needed back on DOOL, so here are four reasons why Casey Moss should return.

1) JJ was finally getting his life together again

DOOL fans know JJ’s been through a lot, but he was finally getting his life together again before his exit. It seemed like JJ could’ve had a great new beginning in Salem if given the chance. Instead, Days of Our Lives shipped the character off canvas. It was a wasted opportunity following JJ’s recovery from a drug addiction, but it’s not too late to turn things around.

2) Jack and Jennifer deserve to have a child in town

Now that Abigail DiMera (Kate Mansi) is in Florida receiving treatment, Jack Deveraux (Matthew Ashford) and Jennifer Deveraux’s (Melissa Reeves) family in Salem is dwindling. The grandkids are still being looked after by Jack and Jenn, but they deserve to have at least one child in town. Jennifer and Jack don’t get much airtime on Days anyway, but their disappearing fam isn’t helping.

Poor JJ has been terribly unlucky in love! It seems like most of JJ’s love interests wind up dead or just want someone else more. JJ needs to be part of a pairing that doesn’t feel doomed from the start. It’s only fair that Days of Our Lives fans should see that love story bloom onscreen. After watching all JJ’s heartache over the years, we’ve earned it. JJ should find lasting love and happiness in front of us.

Although Days didn’t use Moss to his full potential, it’s easy to envision him as a leading man of the future. Moss is a talented young actor who could really take center stage with the right stories and the right pairing. He was well-liked as JJ, so perhaps Days of Our Lives should think about bringing Moss back.

As DOOL prepares to resume production, it’s wise to consider how the cast might change due to safety precautions. We could certainly see the return of some younger key players since older actors may not be allowed on set for a while. Do you think Casey Moss’ comeback as JJ Deveraux would be a good idea?