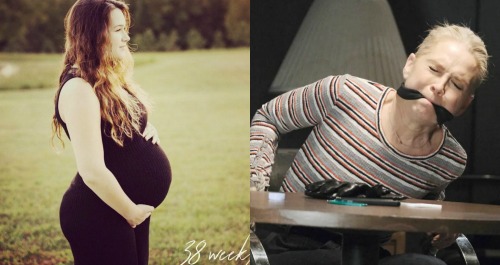 Days of Our Lives (DOOL) spoilers has some news to pass on about a popular star of the NBC soap. Melissa Reeves, who currently portrays Jennifer Deveraux on Days of Our Lives, is getting ready for the birth of her second grandchild.

Melissa and her husband Scott Reeves (Ryan McNeil, Y&R) celebrated the birth of their first grandson this past July, and now it’s time for grandson number two!

Melissa posted a photograph on Instagram of her daughter-in-law pregnant at 38 weeks, along with the following caption: “Looks like our sweet kiddos @twoandyonder are giving us another grandson today. We treasure your prayers. Actually on her due date.”

Scott posted the same picture on his feed, but so far, neither have indicated on social media that the baby has arrived. Melissa and Scott’s soap star friends have been responding to their post with their excitement over the beautiful picture and the news of the second grand baby on the way.

Of course, many Days of Our Lives viewers are aware that CDL broke the news that Melissa Reeves will be exiting canvas as Cady McClain, best known as Dixie Cooney on All My Children, will be taking over the role of Jennifer Deveraux in the months to come.

Cady is reportedly already filming at Days of Our Lives. It should be a major switch for viewers, who have seen Melissa Reeves as Jennifer for decades.

At any rate, we wish Melissa and Scott all the best as they welcome their newest little family member to the fold! Stay tuned to the NBC soap and don’t forget to check CDL often for the latest Days of Our Lives spoilers, updates, and news.