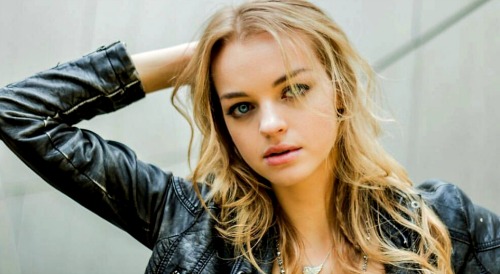 Days of Our Lives (DOOL) spoilers has some great news to pass on about a DOOL alum. Olivia Rose Keegan, who portrayed Claire Brady on the NBC soap, has just announced that she was cast in season two of “High School Musical: The Musical: The Series” on Disney Plus.

Olivia made the announcement on her Instagram feed, saying: ““It’s the start of something newwwww…” Beyond grateful and excited to be joining @highschoolmusicalseries!! We’ve got some fun things planned….”

According to TVLine, Olivia will recur in season two as a character named Lily, who is described as “an energetic and adorable East High freshman whose sweetness masks her insecurity and highly competitive nature.” That sounds like a role that Olivia could really sink her teeth into, and it’s great that she landed the part.

It also sounds like a very different role from that of Claire on DOOL, given that Claire ended up going bonkers and trying to kill Ciara Brady (Victoria Konefal) out of jealousy. Claire played with fire (literally) and became quite dangerous, resulting in her getting admitted to Bayview, where she remains to this day.

At any rate, Olivia’s fans have been very enthusiastic about her joining “High School Musical: The Musical: The Series.” In response to her Instagram post announcing her new role, one fan wrote: “Happy for you @oliviarosekeegan – this will be fun!!!! You have such great talent!!” And another said: “You’re gonna do amazing!”

Of course, on Days of Our Lives, Olivia frequently showed off her musical abilities and vocal talent, and it looks like she’ll be able to showcase that side of herself even more in “High School Musical: The Musical: The Series.” It will be fun to watch her on the show, as the kids in season two put on a production of “Beauty and the Beast.”

We wish Olivia all the best in her new role. Will you be watching Olivia in her new show? Be sure to keep up with Days of Our Lives and check back with CDL for more exciting DOOL spoilers, news, and updates.