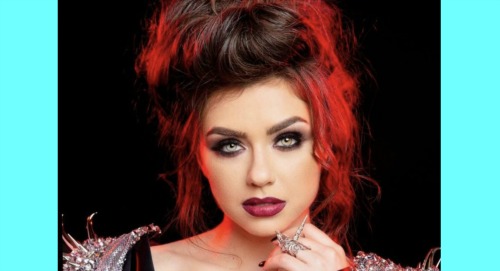 Days of Our Lives (DOOL) spoilers has some news to pass on about a popular DOOL star. Victoria Konefal, who portrays Ciara Brady on the NBC soap, recently opened up about some of her experiences on the show. In an exclusive interview with Digital Journal, Victoria discussed some behind-the-scenes details and spoke about what she’s been doing during her downtime from the show due to COVID-19.

Victoria really seems to enjoy working with Robert Scott Wilson, who portrays Ben Weston, and she loves being one-half of “Cin.” “We have been a super-couple for about a year and a half now,” Victoria said, “and it has been great working with him.”

Victoria also commented on the emotional scenes that recently aired showing Ben’s near execution. As DOOL viewers will remember, Ciara was instrumental in finding the evidence that ultimately exonerated Ben. Ciara marched right into the execution area with Even Frears aka Christian Maddox (Brock Kelly) at gunpoint at made him confess to Jordan Ridgeway’s (Chrishell Stause) murder in order to save Ben’s life.

Those were riveting scenes, and Victoria explained: “We all did it collectively. It was a huge group effort. I needed to have someone to react off of, and the situation was so crazy that I completely immersed myself into the process of filming that. It was 100% adrenaline keeping me through.”

Victoria continued: “That was a long, strenuous day, but I like those days because I get to go home and say that I did a good day’s work. I gave it everything I had, and it was one of my favorite feelings as an actor.”

During the interview, Victoria was also asked about how she copes with all the dialogue, which is pretty heavy on soaps. “I’ve always found that dialogue is the least of my concerns,” Victoria said. “Ever since I was younger, I’ve always had a knack for it.”

Victoria went on: “I spend a couple of hours memorizing my lines the night before each episode. Then, I wake up the next day and shoot it. Once you’ve been doing it for two and a half years, you get used to it.”

And about her many Days of Our Lives fans, Victoria had great things to say. “There are girls that are messaging me on social media, and they are just telling me that I make their days better, and that is really rewarding,” Victoria said. “I am humbled by the opportunity to do that. The fans are just awesome.”

So, what’s Victoria up to during this time of quarantine? It sounds like Victoria is doing what the rest of us are doing to keep busy. “I have a lot of time to find new ways to entertain myself, which is a fun and challenging opportunity,” Victoria said. “I’ve been reading a lot, watching a lot of movies and TV shows, and spending time with my dog.”

Victoria also indicated in the interview that she was hoping that her fans would stay positive during these times, and that she’s sending them a lot of love. And we’re sure that all those “Cin” fans are sending the love right back! Stick with the NBC soap and don’t keep checking back with CDL for all the latest Days of Our Lives updates. We’ll keep you posted on the hot new DOOL spoilers and news.