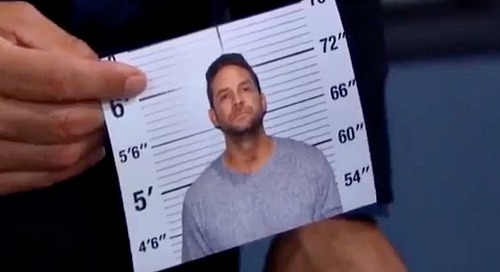 Days of Our Lives (DOOL) spoilers recap for Wednesday, July 1, reveal that Claire Brady (Olivia Rose Keegan) and Ciara Brady (Victoria Konefal) returned to the Salem Inn with wedding dresses to try on. Ciara tried on one, but Claire didn’t like the dress, so she urged Ciara to keep trying more dresses.

Off-screen, Ciara found her perfect one-of-a-kind wedding dress, and both she and Claire gushed over how awesome it was, but viewers didn’t get to actually see the gown. Ciara then had to do some work for Titan, so Claire offered to take the wedding gowns back to the bridal shop for her. Ciara happily agreed.

At Julie’s Place, Lani Price (Sal Stowers) lamented that “this can’t be happening.” “But it is,” Vivian Alamain (Louise Sorel) cooed. Vivian said that she couldn’t have missed this day, and that she couldn’t let Lani get away with killing Stefan DiMera (Brandon Barash).

Vivian whipped out a gun and taunted Lani, saying that Abe was going to give away his daughter for keeps. Eli tried to move forward, but Vivian shot the gun into the ceiling and everyone freaked out. While Abe distracted Vivian by saying that he nearly lost his son to a bullet, Eli texted Rafe Hernandez (Galen Gering) on the sly.

At the Hernandez house, Gabi DiMera (Camila Banus) talked with Rafe about the pending DNA test results. Gabi said that she felt in her soul that Jake Lambert (Brandon Barash) was Stefan. Rafe then got the text from Eli saying “911 – Need you at the wedding now!” Rafe hurried off.

At Jake’s garage, Ben Weston (Robert Scott Wilson) and Jake were working on a bike and caught up about Gabi and Gwen’s (Emily O’Brien) catfight when Gabi showed up.

After the typical bickering between Gabi and Jake, Gabi revealed that she was headed to the hospital to get the DNA test results. Jake acted nonplussed about the whole thing, and he and Gabi bickered some more.

Ben took off, and Jake insinuated that Gabi could have rigged the test results just because she was after him. Gabi got insulted and slapped Jake, then left in a huff. Jake looked irritated but was clearly interested in the results of the DNA test.

Back at the Salem Inn, Ciara was working when Ben returned. Ciara said that Claire had been a huge help with her dress search, and that she had found the perfect, one-of-a-kind dress. Later, Ben and Ciara were canoodling when the dress shop called to say that Ciara’s dress had been ruined. Ciara told Ben that there were nail polish stains all over the dress.

Ciara lamented that her dress was completely destroyed. “How could this happen? How could nail polish get all over my dress?” Back at Marlena Evans (Deidre Hall) and John Black’s (Drake Hogestyn) penthouse, Claire sat in her room polishing her nails.

Back at Julie’s Place, Vivian told Abe that she wouldn’t let his daughter live. Lani piped up and said that she regretted what happened with Stefan, but that she was pregnant and that if Vivian killed her, then she’d also kill the baby.

Outside Julie’s Place, Rafe rushed up to the door but found it locked. He then appeared to go around to the back entrance. Back inside, Valerie Grant (Vanessa Williams) asked Vivian to have mercy, since Lani and Eli had already lost one baby. Julie Williams (Susan Seaforth Hayes) begged Vivian not to harm anyone.

Suddenly, Rafe rushed Vivian and wrestled the gun out of her hands, then cuffed her. Vivian kept on threatening Lani, saying “This isn’t over! You’ll never be safe!” Rafe told Vivian to shut up, and that she almost murdered someone for no reason, since Stefan might actually be alive. Vivian and Lani both reeled from that news.

Just then, Tamara Price (Marilyn McCoo) and Billy (Billy Davis, Jr.) walked in. Tamara was feeling better now, and after learning about everything that happened, she urged Lani to get married.

At the Salem PD, Rafe and Vivian entered the interrogation room. Vivian sat down and Rafe cuffed her to the chair, Vivian was anxious to learn about Stefan, and Rafe explained that it all started when Jake came to town. Rafe showed Vivian what appeared to be a mugshot of Jake. Vivian was shocked.

At the hospital, Gabi arrived followed shortly by Jake, who said that he wanted to see the results to make sure that Gabi didn’t tamper with them. Gabi got the results and opened them, then looked at Jake.

Back at Julie’s Place, the wedding picked back up with the vows. Eli went first, saying that they had been through so much, and that they had fallen in love because of their son David Abraham, who they’ll love and remember every day.

Eli said that at their last wedding, Lani sacrificed everything to save his grandmother, but that she doesn’t have to sacrifice anymore.

Eli told Lani that she’d never be alone again, and that he couldn’t wait to be her husband. Lani handed her bouquet to Valerie, then told Eli that he was the love of her life and her dream come true.

Lani said that it took everything in her to walk away from Eli at their first wedding, but that she had to save Julie because Eli loved Julie.

Lani mentioned David Abraham as well, saying that he’d always be a part of them, and that their heartbreak would help them appreciate and care more deeply for their baby on the way. Lani said that she would be the best wife and mother, and that she couldn’t wait to love Eli for the rest of their lives.

Marlena then guided Lani and Eli through the exchange of rings, and finally she pronounced them husband and wife.

Marlena said that Eli and Lani wanted to honor a tradition called Jumping The Broom, in which the couple sweeps away old, bad energy and welcomes the positive in life. Lani and Eli swept with the broom, then jumped over it as everyone clapped and cheered. Lani and Eli kissed happily.

That was a great episode of Days of Our Lives, and there’s more coming tomorrow, so stay tuned! Remember, CDL is your go-to source for all of your DOOL daily recaps, spoilers, and news. We’ve got you covered!