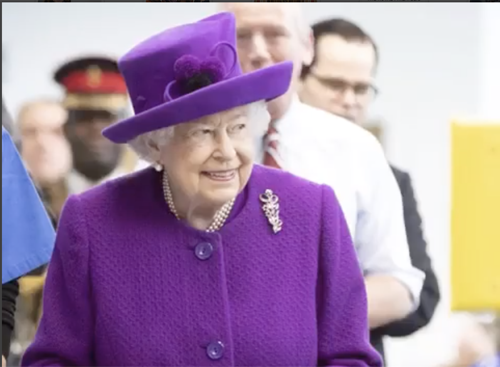 Prince Andrew recently celebrated his 60th birthday. Despite the Jeffrey Epstein scandal that rocked the Royal Family, the Duke of York received birthday wishes, including one from the Palace. However, some followers couldn’t help but notice that this year, something was missing in the social media birthday post. The absence of HRH is making some believe Queen Elizabeth has taken away his title.

Royal Family Birthday Posts – For the past three years, HRH has always been included in the birthday messages for the various members of the Royal Family. This includes Prince Andrew. However, this year it was not included and many are wondering why. There is speculation that Queen Elizabeth may have felt it best to take away His Royal Highness title.

Prince Andrew’s Scandal Leads to Consequences – Following Andrew’s November 2019 interview with BBC, there was a lot of backlash due to his statements about being friends with sex offender Jeffrey Epstein. It would be a scandal that would shake the Royal Family to the core. It required a lot of damage control and part of that was to make Andrew less prominent.

On this day in 1960, Prince Andrew was born at Buckingham Palace, the first child born to a reigning monarch for 103 years.

Happy Birthday to The Duke of York. pic.twitter.com/zoZErBHQbG

It was reported that he voluntarily stepped back from his royal duties. However, it was also suggested that the decision came after some intense conversations from family members.

Princess Beatrice Punished For Father’s Sins – Since then, he hasn’t been seen in public very often. He did not attend Princess Beatrice’s engagement party. He is reportedly keeping a low profile during his daughter’s wedding planning and it is theorized that he could be the reason why her royal wedding isn’t as grand or lavish as others.

It is also speculated that Andrew’s scandal could also explain why Beatrice’s walk down the aisle will not be televised like other royal weddings.

Queen Elizabeth’s Message or Human Error? – While many believe that Queen Elizabeth was sending a clear message, it’s possible the HRH omission was human error. The Duke of York’s official website still has Andrew with the HRH title. Plus, Queen Elizabeth has never been shy about issuing statements about matters like these, although the words are crafted carefully.

Take for example Camilla Parker-Bowles. On the Prince of Wales’ website, it actually had a section addressing her future title when Prince Charles succeeds as King. It was removed several years ago, but was written as a statement for the public’s information and remained on the website for a long time.

The same can be said for the Duke and Duchess of Sussex being stripped of their titles.

Be sure to catch up on everything happening with Prince Andrew right now. Come back here often for Royals news, and rumors!