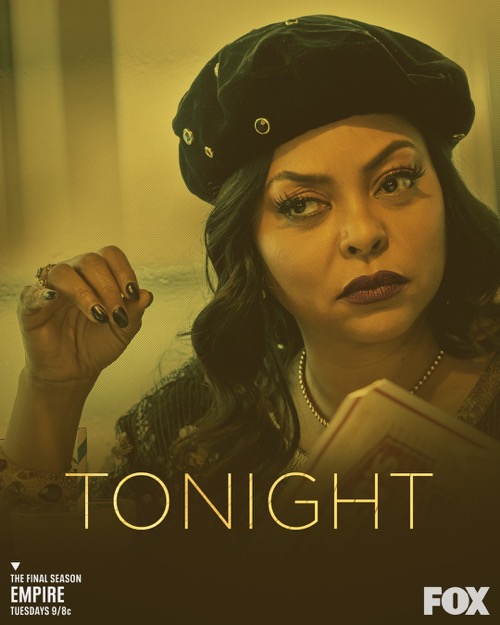 Tonight on FOX their blockbuster drama Empire airs with an all-new Tuesday, March 24, 2020, episode and we have your Empire recap below. On tonight’s Empire season 6 episode 14 called, “I Am Who I Am” as per the FOX synopsis, “While on a road trip, Cookie, Candace and Carol take a painful trip down memory lane, shedding light on their childhood and exposing heartbreaking secrets from the past. Lucious uses something special from the past to help give Yana her big break.

Meanwhile, Maya hatches a scheme to generate more buzz for the “Birth of an Empire” movie and Teri becomes increasingly more fearful of Andre.”

Bossy has found their sound. They found it with Tiana and they were going to release it in grand fashion, but Cookie couldn’t be a part of it. She was caught up with family drama. Her niece came by the studio to talk to her about her sister Carol and unfortunately her niece Keisha needs her help. Keisha’s mother was in bad shape. She was threatening to kill herself and Keisha believed she meant it. She needed her Aunt Cookie to come set Carol straight. Carol has three children and she couldn’t fall into despair like this. She still has a lot to live for. She just needed to be reminded of it and so Cookie went over to Carol’s and she took their other Candace with her.

The sisters found Carol high on drugs. She was having a party all by herself and she kept talking crazy. She accused Cookie of ruining her life. She even said she could do the same to Cookie whenever she chose and so Candace shut her up. Candance and Cookie were going to take Carol to rehab. They wanted her to clean out and remember her children. Carol couldn’t let the drugs kill her. The sisters had tried telling Carol so and she didn’t want to listen. She was acting like they were kids again. She once threw a temper tantrum because their mother couldn’t help her with their outfit and Candace remembered it because she had known at the time their mother wasn’t coming home.

Candace has always tried to protect her sisters. Its why she was there trying to get Carol to rehab and so Candace admitted something to them. She told them that she saw their side with what happened to Franklin. She hadn’t thought it was the right decision to call the cops at the time and she had been wrong. She wasn’t afraid to say she was wrong. Candace was thankful to have her sisters in her life and so she and Cookie were going to do what they had to with Carol. Carol was still too strung-out to truly appreciate what Candace said, but Cookie understood it and she was glad to be there with her sisters.

Cookie was off with her sisters while Lucious was dealing with Yana. Yana had screwed up at Music Weekly. She embarrassed herself and Lucious. She thought was ready when she was not. She now thinks they shouldn’t hire some outside third party to write her next hit. She thought she could do it on her own and she even managed to convince Lucious she could do it. Yana tends to overestimate herself. She believed she was ready for a showcase when she wasn’t and now she thinks she can write a better hit for herself than Grammy-awarded musicians. And yet Lucious was going to go with Yana on this one.

Lucious needed her to be a hit. She was his last chance at showing the world that he still got it and so he tried making moves behind Yana’s back. He even went to Empire for inspiration. He went to Andre’s office and he overheard Andre speaking to himself. Lucious had tried asking him if he was okay. Except Andre pushed him away. Andre/Kingsley has been pushing a lot of people away. He told Devon that Tiana was still sleeping with his brother and he was pushing his artists passed the boiling point. Andre also scared Terry. He told him that she couldn’t leave with their baby son Walker and he’s more or less keeping her a prisoner at the house.

Terry managed to sneak away by pretending Walker had a doctor’s appointment. She instead visited Andre’s therapist and she asked the therapist if she was in danger. He advised her to protect herself and her baby. So, she knows that something is off with Andre. She doesn’t know how to fix it and at this point, she was the only one that could. Andre’s brothers were wrapped up in their own lives. His parents were dealing with their own issues and so there really was no one else. Terry was, is it? She tried asking about Andre’s medications and the doctor wouldn’t tell her anything, but she knows she’s in danger now.

Terry later tried talking to Andre. She tried telling him how concerned she was. She was looking at hotel rooms in the bathroom because she was that scared of him and so she finally confronted him. Terry broke through the Kingsley persona to the real Andre beneath. Andre came to long enough to tell Terry to run. She got out thereof and now it was up to Andre. Andre needed help. His other personality was ruining Empire and he had to stop him. Andre was trying to figure out his next move while the bomb he sent off with Devon exploded back in Tiana’s face. Devon broke up with her. He did in front of everyone and so she grew depressed.

Porsha and Becky got Tiana back on track. It also didn’t hurt that the drugs Becky was on were making her super hyper and so that’s how Bossy was being ruined in Cookie’s absence. Cookie meanwhile was fighting with Carol. Carol tried to sneak away. She ordered an Uber behind her sisters’ back and they managed to catch up with her in time. They brought her back to the car. They were going to drive her up to rehab when Carol finally confessed to the truth. Carol confessed that she and Candace tried to get rid of Lucious. They were the ones that called the cops. They thought if they did that the cops would take Lucious away and so they hadn’t counted on Cookie getting arrested.

Cookie served seventeen years because of her sisters. She finally knows the truth and it made her snap. She pulled over the car. She told her sisters that they could walk themselves to the rehab and so Carol called her a hypocrite. Candace and Carol only did what they did because they were trying to protect Cookie. They never thought she would be dumb enough to take the fall for Lucious and so that wasn’t on them.

Cookie was driving away from her sisters when Lucious decided to use an old song for Yana. He used a song he had written for Cookie and he had pretended he had written it for Yana. Yana was so happy about him returning her feelings that the two crossed the line together. They slept together and there was no going back from this.

But Andre lost control again to Kingsley and so Kingsley hunted down Terry and demanded she come home.