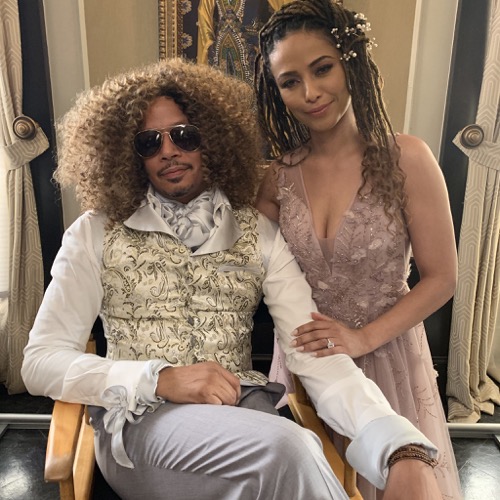 Tonight on FOX their blockbuster drama Empire airs with an all-new Tuesday, March 31, 2020, episode and we have your Empire recap below. On tonight’s Empire season 6 episode 15 called, “Love Me Still” as per the FOX synopsis, “As their wedding day arrives, Teri’s fears concerning Andre’s temper continue to surface.

Meanwhile, Cookie finds a shocking discovery while digging into Bossy’s finances, which leads to a heated confrontation with Giselle. Then, Yana starts to fall for Lucious again and Maya sets her sights on Hakeem.”

Cookie couldn’t escape her sisters. Candace did her best to reach out. She wanted to explain herself and tell Cookie why she did what she did. Candace thought she could get Cookie to understand. Only Cookie didn’t want to understand. Cookie called her sisters snitches and she wanted to cut them out of her life. She didn’t even want them showing up at her son’s wedding. She threatened to beat them up in front of the preacher if they did show up and so they decided to skip the event of the year. Andre’s wedding was all anyone was talking about. He limited it to a hundred guests because he wanted it to be exclusive and he also warned his family.

Andre invited everyone to his family to dinner. He had Lucious, Cookie, Hakeem, and Teri all at the dinner table and he told them the ground rules for his wedding. He said he didn’t want drama or foolishness. He didn’t want the wrong couple getting married or his family causing a scene. He said he wanted only the best and so Cookie made a toast in the couple’s honor. She wanted to honor the new ruling couple of Empire. She made her toast and Teri excused herself from the dinner table rather than participate. Teri couldn’t fake it anymore. She was freaked out and she knew things were getting dangerous with Andre.

Andre used Teri leaving the table as an example for what he didn’t want his family to do. He warned them again about being on their best behavior and he said Teri had been through a lot. The rest of the family didn’t know the half of it. They just knew Teri wasn’t herself and that Andre had an attitude. Andre later invited Giselle, Becky, and Porsha to the wedding. They were so happy about it that they took a picture and they posted it online. They also started to talk about Bossy. Bossy was taking off. They suddenly had twenty million dollars in the bank and Giselle was claiming it was because they were doing great with media sales.

The ladies were so happy to hear it that they wanted to put together a music festival. Something that would rival Coachella and Giselle tried to tell them they didn’t have money in the budget. The others didn’t really understand her point of view. All they saw was twenty million and they had no idea where the money comes from or who it was for. Giselle was hiding the truth from them. She didn’t tell them the money came from Damon. She also left out the part of how some of the money was given to her to sign on Yana. Yana was Damon’s daughter. She was also an up and coming artist and so Lucious was very careful about her reputation.

He didn’t want anyone to know they were sleeping together. He later told Yana that the truth couldn’t come out else people were going to look at her differently and so he wanted to hide their relationship. He told Yana that’s how she’ll become a star. She didn’t want to be a star if she couldn’t be with him and so Yana wanted to come forward with the truth. She was in love with Lucious. She believed he loved her in return and she wanted to tell the world that. It was Lucious that was stopping her. He wasn’t just her boyfriend. He was also her manager and he wasn’t going to sacrifice her career for their relationship.

He was set on making her a star. He even added how she was going to sacrifice a lot to get there and so he was going to keep their relationship on the down-low for now. He especially didn’t want her father to find out. Damon would have been a problem for their relationship. He’s already a problem in the background. Damon talked to Giselle about a possible concert and he wanted to go through with it. He said Giselle even more money of his if they used this concert as a front. He gave her an additional twenty million dollars to clean and Giselle was struggling to hide the money. Cookie later came across it.

She had questions. She went to Becky with them and both Cookie and Becky noticed that the books were wonky. They didn’t know where the money was coming from or why there were some third parties listed on the books. Cookie thought Giselle was up to something shady. It was Becky that gave Giselle the benefit of the doubt. She told Cookie to calm down and Cookie tried to. It was Yana that riled her back up again. Yana came to Cookie and she was honest with her. She told Cookie she was in a relationship with Lucious. She said they were in love. Cookie questioned that part. She asked Yana if Lucious mentioned love and Yana said it was implied.

Cookie went on to tell Yana that she didn’t care about the relationship. She just wanted Yana to focus on the music and she went back to fretting about the financials. Cookie later asked Giselle about it. She pushed and pushed until Giselle admitted the truth. Giselle admitted she got money from Damon to keep them afloat. She thought she could pay him within a matter of months and then he changed the arrangement. She washing money for him now. Giselle confessed to everything. Cookie was so upset that she threw Giselle out of the company and she also went looking for Damon.

Cookie found him at his place. She went in uninvited and she told him that his arrangement with Giselle was done. He wasn’t even going to get his money back. Cookie threatened to end him if he tried to go after her company and she shot him in the leg to teach him a lesson. Cookie thought she ended things there. She went to her son’s wedding like nothing was wrong and she ran into Candace. Candace decided to come to the wedding after all. She wanted to support her nephew and she reminded Cookie that they were family no matter what. Candace noticed that Cookie hadn’t told Lucious. Cookie said if she had that Candace would be dead and so that at least showed Cookie still cared about her sisters.

Cookie just wanted to enjoy the wedding. She watched Treasure and Devon performed. Andre had apologized to them and so they agreed to perform at his wedding. Andre/Kingsley managed to get everyone on board with his wishes. He didn’t know that Cookie would second-guess herself. Cookie noticed that Teri had tried to tell her something and so she went to go see the bride with Lucious. They talked to Teri. Teri admitted to being scared. She asked for help and they stepped in to help her. They put a stop to the wedding. Lucious personally broke it to Andre and Andre snapped. He let Kingsley took over.

Kingsley told Andre that he would never see daylight again. He took over and he downplayed Teri not showing up. He announced to the guests that Teri was feeling ill. He said she was being treated by a doctor and that they were married anyway. Andre/Kingsley laughed it off with the crowd. He told them to head to the party. Andre/Kingsley meanwhile went after Teri. She left with both of her sons and she wasn’t coming back.

Andre/Kingsley destroyed the venue in his freak-out. He pulled everything down and he almost caused Lucious to shoot him. Ultimately, Lucious couldn’t go through with it. He couldn’t shoot his son and Andre just kept on destroying everything. He had a psychotic break.