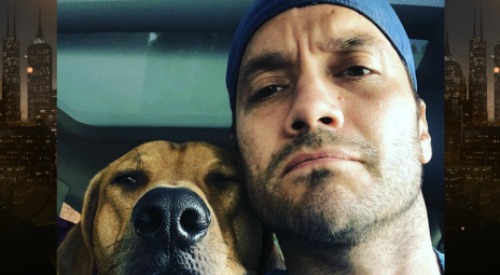 General Hospital (GH) spoilers reveal that Dominic Zamprogna (Dante Falconeri) is open to returning to GH and making a big comeback in Port Charles. In the May 4 issue of Soaps in Depth, Zamprogna talked about a possible return stint in PC. The former GH star is quite interested in seeing what’d be next for Dante. It turns out Zamprogna’s even willing to come back on contract!

“Frank [Valentini, Executive Producer] knows I’m ready to come home,” Zamprogna said. “And I’d be totally open to a contract. There’s so much potential with the character and the story right now. With everything they’ve done since Dante’s been gone, there are so many options and they’d all be fun to play.”

Of course, that’s great news since Dante’s name has been coming up like crazy on GH. General Hospital writers clearly don’t want us to forget about Dante, who’s definitely been struggling since his somber departure. GH fans will recall that Dante couldn’t shake his programming and ended up needing special treatment in a WSB facility.

Sadly, Dante hasn’t been able to recover yet, but Olivia Quartermaine (Lisa LoCicero) isn’t giving up. As long as Dante’s living and breathing, Olivia will hold out hope that her son will return to Port Charles. Dante deserves a chance to reconnect with his loved ones. It’d bring an opportunity for Dante to rebuild his life and face a whole new set of struggles.

Naturally, one of those struggles would be figuring out where he stands with Lulu Spencer (Emme Rylan). Since Dante was a danger to his family, he felt he had no choice but to walk away. Dante pushed for the divorce, which Lulu ultimately granted.

Would Dante return a wounded soul who still didn’t feel worthy of Lulu? Would Dante want to pick up where they left off instead? Either way, Lulu would have a hard time adjusting to Dante’s return. She’s in a new romance with Dustin Phillips (Mark Lawson) and would be wary of setting herself up for more heartbreak with Dante.

Lulu’s talked about the price of loving a hero – and she’s definitely paid it so far! Would Lulu be willing to open her heart to Dante again? Lulu would inevitably learn to love and trust Dante again, but the journey to reach that point might be a long and winding one.

Regardless of how a Dante comeback might play out, it’s probably something we can look forward to. Since Zamprogna’s interested, General Hospital will surely make it happen eventually. It’s most likely a matter of when, not if!

Zamprogna recently spoke with Maurice Benard (Sonny Corinthos) over the phone and nearly cried over the connection he feels to General Hospital. “I love that place, I love those people, and I love that job,” Zamprogna said. Let’s hope Zamprogna comes back to reclaim that job soon!