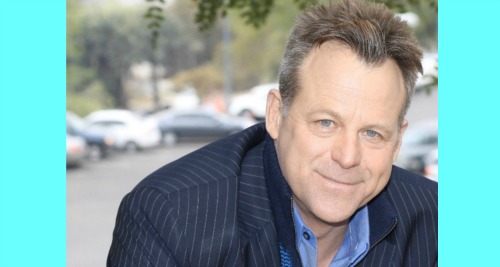 General Hospital (GH) spoilers reveal that one ABC soap star is speaking out about his lack of airtime. GH fans know Kin Shriner as Scott Baldwin – and he played a crucial role during “Drew Cain” aka Franco Baldwin’s (Roger Howarth) trial. Scott fought hard to help Elizabeth Baldwin (Rebecca Herbst) and wanted to believe he could get his son back.

Now that Franco really is back, where are the heartfelt reunion scenes with Scott? There’s surely some other trouble Scott could get into, too. Whether it’s through a genuine love story or another hot plot, many General Hospital viewers would like to see Scott in the mix more often.

That’s what Shriner would like as well based on a recent tweet. He posted a new picture and couldn’t help but ask the question on GH fans’ minds. “Thanks @justJimWarren for pic .But where has Scotty @GeneralHospital gone ? Poof” Scott does seem to have disappeared for the time being, so viewers were quick to side with Shriner in the replies.

One GH fan insisted, “Scotty needs to be reunited with his son Franco. Soon.” “We’ve been wondering the same thing,” another fan said, echoing the idea. “Doesn’t he get a reunion with his son?” “No question!” one more GH viewer exclaimed. “Where is Scotty Baldwin?? Come on Frank get the Legend back on the scripts. Franco is back. Father and son are fantastic together.”

Shriner’s tweet seems to indicate that he doesn’t have anything or at least not much in the works at this point. General Hospital should let Scott return for more scenes at some point, but it never hurts to send TPTB messages about characters that you’re missing.

Shriner may be hoping for some support by sending out this tweet and acknowledging that his character has vanished.

Would you like to see more of Kin Shriner? What kind of storylines are you interested in for Scott? Should he find love or perhaps tackle a new case? There are plenty of great options to consider, so let’s hope we’ll see some good Scott material in the future.

Thanks @justJimWarren for pic .But where has Scotty @GeneralHospital gone ? Poof pic.twitter.com/d0GpDrxJTo