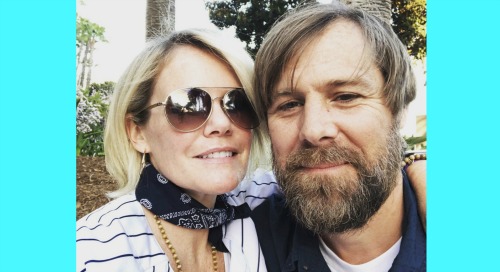 General Hospital (GH) spoilers has some great news to pass along about a popular GH star. Maura West, who portrays Ava Jerome on the ABC soap, is celebrating her 20-year wedding anniversary to her husband, Scott DeFreitas!

Of course, on General Hospital, Maura’s alter-ego Ava Jerome has had her share of romantic debacles. Her relationship with Griffin Munro (Matt Cohen) seemed doomed from the beginning, and Griffin later became interested in Ava’s daughter Kiki Jerome (Hayley Erin).

Then, Ava embarked on a relationship with the man she thought was Kevin Collins (Jon Lindstrom), only to find out that he was really Ryan Chamberlain (Jon Lindstrom) and that he had murdered Kiki when he was on his killing spree.

And now, Ava has just gotten married to Nikolas Cassadine (Marcus Coloma), and one would be hard-pressed to call that marriage happy. As GH viewers know, Ava basically forced Nikolas into marrying her, as she has possession of the codicil that Nikolas needs to reclaim his family fortune.

And Ava is currently negotiating with Nikolas to get him to sign a post-nuptial agreement in order to protect herself for when Nikolas inevitably gets the codicil and divorces her. It’s truly a marriage of convenience, and not one built on true love.

Well, the good news for Maura is that she and her husband Scott DeFreitas are the real deal. They both were stars of As The World Turns (Maura portrayed Carly Snyder and Scott portrayed Andy Dixon) and were married on January 22, 2000.

Maura frequently posts on social media about her family and what’s going on in her life, and Scott is frequently seen on her feed. She’s a proud mom and posts quite often about her children. She and Scott share four children together: Joe, Katherine, Basil, and Birdie. Maura also has a son, Benjamin, from a previous marriage.

We send our congratulations to Maura and Scott on their 20th Anniversary! Stay tuned to the ABC soap and don’t forget to check CDL often for the latest General Hospital spoilers, updates, and news.