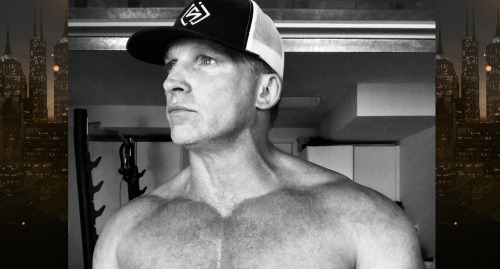 General Hospital (GH) spoilers tease that one GH BIG star, Steve Burton, is spending some time working out July 18-19 ahead of getting back to work at the show. Steve Burton, who portrays Jason Morgan on the ABC soap, is quite active on social media and frequently posts about what he’s up to and how things are going in his life.

Well, on Saturday, he took to Instagram to share what he was doing – working out in preparation for GH filming to begin again.

Steve posted a shirtless photo of himself during a workout along with the following caption: “Working. Always More work to do! But ready get back to WORK WORK @generalhospitalabc #homeworkout #homegym #gh #grateful.”

Well, plenty of fans are ready to see Steve back on their screens in new episodes as well. Fans seemed to love Steve’s photo, with one fan commenting: “So are we…Can’t wait to see you guys on my TV again.” And someone else replied: “Can’t wait for you to go back to work! But please promise to be safe and healthy out there!”

According to Deadline, GH’s cast and crew are scheduled to be back working during the week of July 20-24, which would mesh with Steve’s post. This is great news, and we (as well as countless fans) hope to hear that filming takes place this week.

When the show does come back to our screens, Steve will be coming back to some big Jason drama. As GH viewers will remember, Jason was heavily involved with the Cyrus Renault (Jeff Kober) situation. Cyrus had been talking with his main henchman about taking Jason out as a first step toward eliminating Sonny Corinthos (Maurice Benard).

And of course, there was some indication before the hiatus that Jason was poised to take out Cyrus – Jason even got his weapon ready like he was going to go after Cyrus right then and there, but then that never came to fruition.

Perhaps we’ll see Jason get right back to helping Sonny through this difficult time, and we’ll surely see more of the difficulties that Jason and Sam McCall (Kelly Monaco) are having as they need to remain apart to appease Sam’s difficult social worker and keep Sam from going back to prison.

Jason could ultimately be the one to expose Peter August (Wes Ramsey) as he’s trying to exonerate Sam.

Bottom line – there’s plenty of action for Steve to jump right back into as Jason once he and the rest of the cast get back to work. Are you looking forward to seeing new episodes of GH hit our screens?

Stay tuned to General Hospital and be sure to keep CDL handy so you don’t miss any of our hot GH spoilers and news. Here at CDL, we’ve got you covered!

Working. Always More work to do! But Ready get back to WORK WORK @generalhospitalabc #homeworkout #homegym #gh #grateful