BY Jessica Jones on July 10, 2020 | Comments: Leave Comments
Related : Days of Our Lives, General Hospital, Hot News, Soap Opera, Spoiler, Television, The Bold and the Beautiful, The Young and the Restless 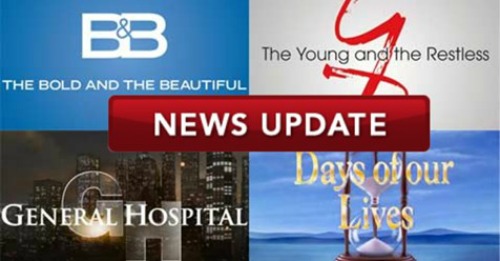 General Hospital (GH) spoilers reveal that the ABC soap has set a new restart date. GH has tentatively been shooting for mid-July, but that’s been pushed just a bit. Fortunately, General Hospital is now getting down to specifics. According to Deadline, the cast and crew will hopefully get back to work during the week of July 20-24.

Of course, things could change since COVID-19 cases are on the rise in Los Angeles. GH will definitely have to monitor the situation closely as they prepare to resume production. However, it’s good to know the show’s at least planning to get back up and running.

If GH’s plan holds firm, they’ll be the third soap to resume filming. The Bold and the Beautiful is already back in production with strict safety protocols in place.

The Young and the Restless intends to put their own cast and crew to work again during the week of July 13-17. Since Y&R doesn’t shoot on Mondays, their first official day back should be July 14 if there are no roadblocks.

Days of Our Lives had already filmed plenty of episodes in advance, so there’s not as big of a rush to put out new content. With that in mind, they’re taking their time over at DOOL.

Days is expected to resume production on September 1, so there won’t be the need for any repeats if that restart date sticks. The NBC soap already has enough episodes to last through early October.

Now that General Hospital has made their week of July 20 announcement, every soap’s accounted for when it comes to an actual restart date. It’s nice to see all these plans and know that new episodes are hopefully just around the corner!

Many GH viewers are eager to watch the custody battle outcome, the bio daughter reveal and so much more. It’ll be interesting to see what new episodes look like once GH is following all the required safety procedures.