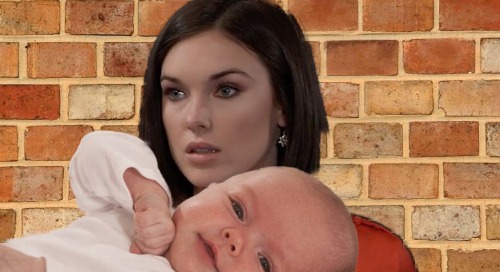 General Hospital (GH) spoilers tease that Willow Tait (Katelyn MacMullen) and Michael Corinthos (Chad Duell) may grow closer soon enough. GH has spent plenty of airtime establishing Michael and Willow’s friendship, which is usually a tell-tale sign that a romance is coming. Soaps don’t usually devote that many scenes unless it’s going to set up something more.

Now that Wiley Quartermaine-Corinthos (Erik and Theo Olson) has been revealed as Michael’s son, GH has really been revving up the hints. It seems obvious that something’s brewing, but what about all the “Chillow” support out there? Are they really going to break Willow and Harrison Chase (Josh Swickard) up?

GH has a hot young couple that plenty of fans are rooting for, which isn’t an easy task to achieve. Although Michael and Willow might be an OK pairing, why settle for OK when you can have great? Not to mention they could pass for siblings if we’re being honest!

That said, Chase and Willow could stand some relationship drama. They need to overcome some obstacles if they want to strengthen their bond and build a real future.

A Michael and Willow pairing seemed like the plan from the start, but plans change often behind the scenes. Once GH saw the chemistry and support for “Chillow,” it’s possible there was a shift in story direction.

General Hospital definitely seems to have something “Millow”-related in the works, but will it be a full-fledged love story? Perhaps a moment of weakness would work better and could set up another “Chillow” chapter. A hookup between Willow and Michael could put her relationship with Chase to the test.

Chase is used to Willow being his perfect angel, so what happens if she betrays him? How can GH writers overcome this hurdle and potentially keep “Chillow” as endgame? There’s an easy soap trope they could turn to. Of course, we’re talking about a surprise pregnancy.

General Hospital already laid the potential groundwork for this through Willow’s pregnancy scare. There’s also been a lot of kid talk between Chase and Willow, so they really need to give these two a kid at some point.

GH might milk the drama out of it by going for a paternity mystery, but Michael doesn’t need another baby when he just got Wiley back.

A kid for Willow and Chase could be something to bring them together after a possible betrayal. Chase would step up for his child and that could lead to forgiveness for Willow.

General Hospital spoilers suggest the road ahead will be bumpy, but fans of this pairing are holding out hope that they’ll survive in the end. Could a baby help Chase and Willow do that?

It’ll be interesting to see how it all plays out down the road. Willow longs to be a mom, so this could be a chance to give her a biological child of her own – one to love and care for with Chase by her side. We’ll see if GH makes it happen! As other updates and news emerge, don’t miss CDL’s exciting General Hospital spoilers.