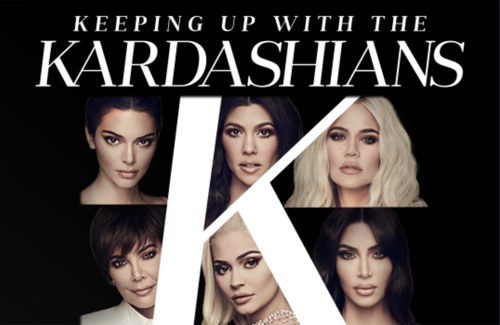 Tonight E!’s most-watched series Keeping Up With The Kardashians (KUWTK) returns with an all-new Sunday, September 17, 2020, season 19 episode 1 and we have your KUWTK recap below.  On tonight’s KUWTK season 19 episode 1 season called, “While Khloe plans her baby shower, Malika wrestles with the reality of becoming a single parent. Meanwhile, Kourtney breaks out of her comfort zone by forcing herself to be more affectionate.”

Khloe’s best friend Malika is in her second trimester. Malika wasn’t with the baby’s father and so Khloe has stepped up to be the surrogate partner. Khloe took Malika baby shopping. She tried to get Malika interested in all these cool new gadgets that were out and it was hard for Malika. Malika never envisioned herself having a baby on her own. She always thought she would be married or at the very most living with someone when she has a baby. Malika had planned for those scenarios. She didn’t really see anything else for herself and so she was overwhelmed. She was in the baby store and she said all she could say is that it was too much.

Malika wasn’t ready to accept her situation. She still needed time and so Khloe was going to have slow her roll in planning the baby shower. It was a good idea. It just needed to allow some time for Malika to adjust. As Malika’s best friend, Khloe wanted to do what was best for her friend and so she focused on her other projects. Khloe was still working with Scott to plant embarrassing paparazzi photos of her mom. She tried dressing up as Kris Jenner and getting embarrassing photos done of herself. It simply hadn’t worked on her mother. Kris was a smart woman and she knew this imposter was just that. An imposter.

Kris wasn’t going to be embarrassed by what a look-alike did. She had to be fooled into thinking it was herself in those photos. Khloe decided the best forward was to get her mother so drunk that she blacked out and then take the imposter photos. Khloe even made sure to wear the same clothes that her mother was wearing. She knew her mom would have no clue who it was that got photographed and so Khloe was really devious. She was devious with her mom and sweet as can be with her friend Malika. Malika was later having issues with her son’s father. Her child wasn’t born yet and she wanted to start working on the nursery.

Malika recently bought her first house. This was another momentous occasion she didn’t think she would be doing on her and still here she is. She bought a house. She wanted to get the house ready for the baby and her ex-boyfriend was telling her that it was too soon for that. This was his phrase for everything. He thought they should wait on doing anything until a later date and so Malika wasn’t going to be receiving any kind of help from him anytime soon. She had to turn to her BFF instead. Malika asked Khloe for her help in getting her son’s room ready and Khloe was up for it. Like the way she always is when its Malika that needs something.

Khloe’s biological sisters didn’t always get that same response. Kourtney was looking into odd jobs for the blog she was writing and she decided to find out what professional cuddlers were like. She went to a studio where there was a big bed. She got into it with other people and they all started cuddling each other. Some of them had prior experience with this because they’ve been in a giant bed with their siblings when they were young. Only Kourtney didn’t have that. She doesn’t remember cuddling up to her sisters and she said she only does it now when she’s with her boyfriend or her kids.

Kourtney later brought this up to Kendall. Kendall had heard about these cuddling sanctuaries and she doesn’t think she’ll ever do one. She’s not a touchy person. She didn’t cuddle up to her sisters when she was younger or even to their mom. She more went to her dad for a cuddle. Kendall and the rest of the sisters were not cuddlers. They didn’t turn to each other for that although they considered them close and they knew they could lean on each other in a crisis. Khloe was usually the best person for that last one. When she’s not talking about playing pranks on them, that is. Khloe was known for her pranks.

This latest stunt with her mother was no joke to her. Khloe wore the clothes her mom wore that night and she took such outlandish photos. She photographed herself in a trash cart. She photographed herself fake vomiting. Khloe even staged one photo to look like Kris was urinating behind a store and so she and Scott went above and beyond with their pranking. Khloe received help in staging the photos from Kim and when she wasn’t doing that she was receiving awkward hugs from Kourtney. Kourtney was trying to change her standoffish ways. She was hugging more people now and she tried hugging Khloe as well.

Khloe remembers when Kourtney used to be touchy-feely with her. They were like that for years when suddenly Kourtney began pulling away and now Khloe wasn’t sure if her sister liked her all that much. Hence the hug came as a nice surprise. It was weird but nice. Khloe and Kourtney quickly moved past it and so they returned to their old ways. Kourtney still showed up when Khloe put together a baby shower for Malika. Malika had to concede on who would be invited to the baby shower because she wanted her baby daddy’s family to be represented there. She hadn’t really wanted to be in a room full of people and that’s what she got anyways because she was trying to make everyone happy.

Malika also made a speech at her baby shower. She thanked her twin sister Khadijah and Khloe for always being there for her and supporting her. They threw Malika a beautiful baby shower. It was everything she could ask for and everyone showed. Malika’s baby daddy showed. He had come around on getting the house ready for the baby and talking about how they were going to co-parent. Right now, he’s saying all the things Malika wants to hear. He just now has to show her that he was willing to do everything he promised and in the meantime, she has a great support system in place. And if she needs a cuddle, Khloe was getting better at them.

Khloe took a cuddle lesson from a professional cuddler. She and the rest of the family did this because Kourtney put it together and so they ended up hugging the hell out of each other in order to not get left hugging the instructor. Meanwhile, Khloe’s prank on her mother worked so well that Kris actually thinks it’s herself in those photos. Kris was really sold on the prank by her boyfriend who usually acts as her bodyguard and so she was genuinely upset. Khloe and Scott had to come clean with her because they could see they were going too far with the prank. And so Kris was relieved she wasn’t caught peeing in public.