Kelly Clarkson Divorce and Custody: What Happens to Her Children with Brandon Blackstock? 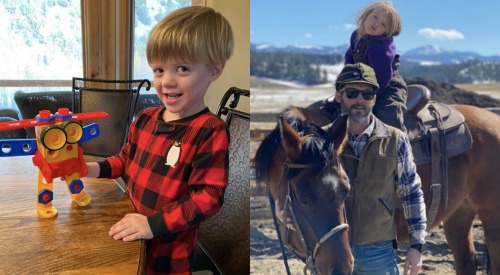 Now that Kelly Clarkson has filed for divorce after nearly seven years of marriage, she’ll be ending her romantic relationship with Brandon Blackstock and making plenty of changes. Naturally, one of those changes involves the couple’s kids.

What happens to Clarkson’s children with Blackstock once this divorce goes through? This divorce is big news, so we’ve got some updates to pass along.

TMZ obtained the legal documents that Clarkson filed in Los Angeles on June 4. According to those documents, Clarkson wants joint custody of their daughter, River Rose, who’s soon-to-be six years old along with their four-year-old son, Remington Alexander.

Blackstock also has two children from a different marriage, but we’re obviously focusing on his kids with Clarkson here. It doesn’t look like Blackstock will give Clarkson any trouble when it comes to this joint custody arrangement.

Clarkson cited irreconcilable differences as the reason for their divorce, but she’s praised Blackstock in the past for being a good dad.

After Clarkson gave birth to her daughter and saw Blackstock’s level of commitment, she couldn’t help but compare her husband to her own father. Sadly, Clarkson’s father abandoned her when she was a child, but that only highlighted how wonderful Blackstock was with River. In fact, the difference between them inspired Clarkson to write her hit song “Piece By Piece.”

In an interview with Glamour, Clarkson discussed that song and gushed about Blackstock. “Then I started thinking that my husband is such a great father,” Clarkson said after River was born. “He’s not an audience guy – he is onstage doing the work with me. He changes diapers, he stays up, and if I’ve had a late night, he’ll wake up with her in the morning. We’re definite partners…”

Of course, now it’s all about how they’ll be partners in parenting instead of partners in general. Joint custody sounds simple enough assuming Clarkson and Blackstock are on the same page. Lots of divorced parents have this arrangement, so let’s hope Kelly Clarkson and Brandon Blackstock they can keep things civil and put the kids first.

There should be more details on Kelly Clarkson and Brandon Blackstock’s divorce eventually, so be sure to check back. CDL’s the place to be for all your celebrity news and updates!