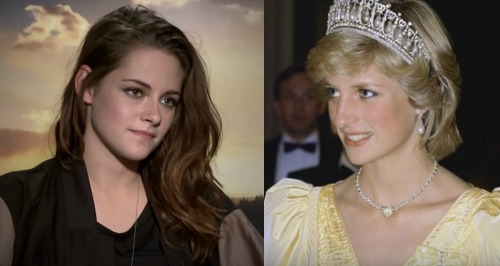 British royals news reveals that Hollywood is about to tackle the topic of Princess Diana in a major way. A major motion picture titled Spencer is set to begin production in 2021, and it will be directed by Pablo Larraín. Kristen Stewart, whom you may remember from the Twilight Saga and ‘Trampire’ scandal, will portray Princess Diana in the film.

According to Deadline, the movie will take place over three days in the early 1990s when Princess Diana decided that her marriage to Prince Charles wasn’t thriving and that she wanted to “veer from a path that put her in line to one day be Queen.”

The story takes place during the Christmas holiday in Prince Charles and Princess Diana’s Sandringham estate in Norfolk, England.

Producer/director Pablo Larraín has also directed movies such as Jackie and Neruda. The script will be written by Steven Knight, who has penned Peaky Blinders, Eastern Promises, and The Hundred-Foot Journey. Spencer will be shown to potential buyers at the virtual Cannes Festival.

Larraín promises an interesting story and a tale that should captivate audiences. “When someone decides not to be the queen, and says I’d rather go and be myself, it’s a big big decision, a fairy tale upside down. I’ve always been very surprised by that and thought it must have been very hard to do. That is the heart of the movie.”

Royal watchers might be surprised that the film isn’t dealing with Princess Diana’s tragic and highly publicized death, but rather is dealing with the decision she made to abandon the royal life and the dissolution of her relationship with Prince Charles.

The film is also said to deal with her “ferocious love” for her sons Prince William and Prince Harry.

And while many may wonder about the casting choice of Kristen Stewart to play Princess Diana, Larraín said that Kristen had some key qualities – mystery and fragility – that they needed for the film. “I think she’s going to do something stunning and intriguing at the same time,” Larraín said.

Since the movie is currently planned to go into production in 2021, it will be a while before it hits screens. But it sounds pretty intriguing and it certainly a different take on telling the story of Princess Diana. Will you see Spencer when it’s released? Keep checking back with us at CDL for more British royals updates and news.