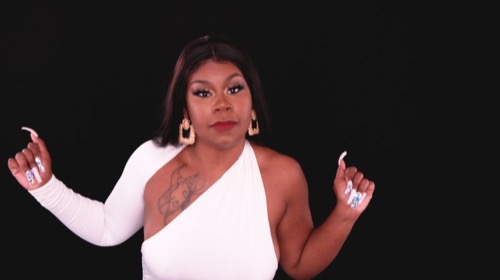 Tonight on VH1’s hit series Love & Hip Hop Miami returns with an all-new Monday, January 20,  2020, episode and we have your Love & Hip Hop Miami recap below for you.  On tonight’s season 3 episode 3, “Trick or Treat,” as per the VH1 synopsis, “Trina talks to Jullian about her album; Emjay convinces Amara to have kids; Joseline tries to focus on her music and escape the drama.”

Tonight on Love and hip hop Miami, Trona continues to look for acts for her tour and she goes to visit rapper Hoodrat and invited her to be apart of the tour and she accepts.
Brisco and Joy meet up for their dinner date and she’s impressed with the location. The two discuss what’s been going on in Brisco coming back home from jail and what he plans to do moving forward with his life. Joy expresses it’s hard for her to date and that Trick has moved on and it comes to light that Brisco and tricks girlfriend have had recent intimate affairs, and Joy is shocked.

Joy goes to meet up with Trick and Nicky to have a discussion to settle their issues. The two women begin to argue and joy reveals what she knows about Brisco and stuns trick and he tells her to leave. Nicky feels trick and joy are ganging up on her and she exits the house.

Amara and Emjay have a discussion about their relationship and having kids, Emjay says he wants kids and Amara says she’s not ready now and is focused on her career first.

Trina and Julian meet up to discuss the fact of him receiving $300,000 advance and used it for his label, he shows an agreement to try and prove the money was not taken out using her name. She feels hurt by him not reaching out to her when her mother passed she gets upset and drives off with no resolution to the drama.

Suki and Tip meet up to discuss her music career and she wants her to be more focused on her music versus just her comedic side on Instagram.

Joseline and her fiance Ballistic talk about her music and then the beef she has with primadonna, Joseline expresses her dislike for her and states she doesn’t want anything to do with her.

Nicky and Hoodbrat talk about Trick tossing her out his house due to Joy telling trick about Brisco and Nicky having sex despite her claiming celibacy.

Brisco holds a coming home event where Joy, primadonna Amara, and Emjay Suki and Hoodbrat attend. Nicky walks in and confronts Brisco about spreading the word that she and her were intimate, he clears up the air and tells joy that they didn’t.

Shay walks into the event and lets Amara know that if she goes back to talking to Jojo it’ll affect theirs. They begin shouting and tells her she doesn’t want to be friends with Jojo. Emjay tries to diffuse the situation but fails. Julian walks into the party and begins talking to Amara and Emjay steps in to have a man to man with Julian.

He tells Julian Amara isn’t happy about where her career is and lets him know that he wants to get married and have kids with her, Julian tells Emjay Amara can’t have any kids due to her music career, the two begin arguing about it. Amara begins to feel ill while the men are arguing.