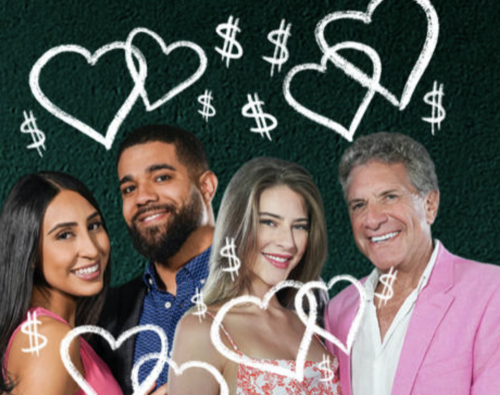 Tonight on Lifetime their hit series Marrying Millions premiere with an all-new Wednesday, September 16, 2020 episode and we have your Marrying Millions recap below.  On tonight’s Marrying Millions season 2 episode 7 called, “An Indecent Proposal,” as per the Lifetime synopsis, “After a rocky dinner with Reese’s family, Nonie makes a big decision about their relationship.

Things don’t go according to plan when Kattie sets up a double date with Kevin and her best friend Natalie. Rick tells his friends about his plans to propose to Erica. Bill’s biggest fear comes true when Sharon moves in with him and Bri.”

Reese is having a meal with his mom, sisters, and Nonie. They get up and leave after what Nonie declares is a disaster. Reese thinks it acts went well for his family. Nonie feels like she was attacked. Reese tells her his family will come around.

Erica’s mom comes to visit her on Rick’s boat. Erica shows her around. After they talk about her trip to Illinois. Rick shows up. Erica’s mom seems disgusted when Rick kisses Erica hello. He puts SPF on her. Erica’s mom is even more annoyed. She doesn’t want her daughter to date such an older man.

Bri arrives to see Bill at work. She brings him lunch. Bri tells him her mom is living in a dangerous place following a stabbing near her home. Bri wants her mom to move in for a bit. He finally gives in. He isn’t happy but agrees.

Kattie is happy with Kevin since he has been trying to do better in their relationship. She arrives to meet her for their double date with her friend Natalie and her boyfriend Spencer. Kevin is not dressed and on his computer. She gets annoyed.

Nonie meets with her friend Devra to vent about her recent dinner with Reese and his family. After she vents, Devra tells Nonie she needs to be careful, especially with money. Nonie doesn’t want to hear this and tells her friend she is in love.

Bri’s mom arrives to move in. Bri’s mom thinks the house is too big. She isn’t used to it. After she looks around the house she sees Bill and Bri’s room with the stripper pole. Bri explains that his ex put the pole in and she thinks it is trashy.

Rick visits his two friends to shoot pool and talk. He tells his buddies he is going to propose to Erica. They think he is crazy. His friend David tells him she only wants his money. Rick tells them he loves her, hasn’t thought about a prenup, and cannot take the money with him when he dies.

Bill gets very annoyed when Bri’s mother’s dog poops on his Persian rug. She cleans it reluctantly and doesn’t care about how much money the rug cost. Bill notices she is wearing his robe. She doesn’t care about that either. He is annoyed because he didn’t agree the dogs could move in too.

Nonie stops by the skate park to talk to Reese. She tells him she doesn’t care what everybody thinks. She wants to move on with their relationship and thinks he should move in with her. Reese looks nervous and tells her he has to think about it. He has had enough of the drama with his family and doesn’t know what they are going to say.

Kevin and Kattie meet up with Natalie and Spencer. At dinner after it comes out that Kevin didn’t visit with Kattie and her family, didn’t loan her money, and didn’t buy her a Christmas gift, Natalie calls him out. Kevin tells Natalie he doesn’t have to prove anything. She thinks he does. The dinner turns very awkward.

Rick takes Erica out on a boat ride with champagne. He tells her how much he loves her. He gets down on one knee and proposes. She says yes. After, he admits he didn’t tell her dad. She gets upset.