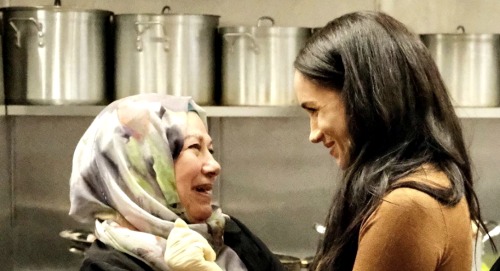 Meghan Markle seemed to have plenty of difficulties adjusting to royal life and royal protocol during her tenure as a senior working royal. And in particular, new reports claim that Meghan felt quite frustrated over the manner in which the palace dealt with allegedly untrue insulting tabloid stories.

As royal watchers know, Queen Elizabeth isn’t one to comment at all on media stories or royal gossip – in fact, the royals are known for not commenting on such stories.

People Magazine reported that Meghan Markle took serious issue with the “no comment” approach, with a source telling the outlet that “people actively prevented her from responding to stuff that we knew to be untrue – that is what she is taking issue with.”

Just last week, Meghan’s legal team claimed that false reports by an Associated Newspapers outlet caused Meghan serious emotional distress and that she felt “unprotected by the Institution and prohibited from defending herself.”

This statement came in court documents that were filed as part of Prince Harry and Meghan Markle’s lawsuit against Associated Newspapers after one of its outlets printed portions of a handwritten letter that Meghan wrote to her father Thomas Markle after her wedding to Prince Harry.

Meghan and Harry are very upset about the publication of her words, and they’ve chosen to fight back in a court of law – something that totally goes against the royals’ traditional approach of not commenting on such things.

A source has said that the traditional royal approach of not commenting or acting on media stories comes from a desire to not fan the flames, so to speak. “It’s not that the royal household doesn’t want to help – more than they don’t want to make it worse by giving a gossipy story more oxygen,” the source said.

But the “no comment” approach doesn’t seem to work for Meghan Markle. She was apparently quite upset when her private words to her father were published, and it seems that she would have preferred to get some backing from the royal family – to be protected in some way – against what the newspaper ran.

However, it’s unclear exactly what Meghan thinks that the palace should have done differently – after all, once a story is published in this digital age, there’s just no taking it back or “undoing” it.

We’ll eventually see whether Prince Harry and Meghan Markle’s tactics in dealing with the media story are going to work for them. It may all end up being worth it if Harry and Meghan win the lawsuit, but there’s a very good chance that they won’t prevail in the end, which will probably further harm their sensibilities. Time will tell whether this lawsuit will be worth it to Harry and Meghan. Be sure to check back with us at CDL for more British royals updates and news.