Meghan Markle Considers Her Role As A Leader – Takes On New Career In Politics? 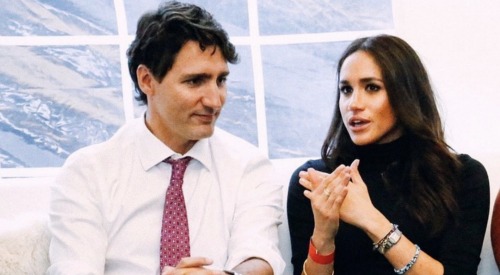 Meghan Markle and Prince Harry have only been residing in the US for a few weeks, but already Meghan seems to be considering an exciting new career, potentially in politics.

As royal watchers know, Prince Harry and Meghan stepped down from their roles as senior royals this past spring to embark on a life in North America, first traveling to Canada and then taking up residence in Los Angeles.

Meghan, Harry, and their one-year-old son Archie now live in the Beverly Hills mansion owned by Tyler Perry. Meghan and Harry are reportedly looking at other properties in the area and plan to make their permanent residence in Los Angeles.

Meghan and Harry are also working behind the scenes to get their charitable foundation, Archewell, up and going by 2021, according to sources.

It also seems that Meghan is considering her next moves carefully. As a friend reported to The Daily Mail, Meghan thinks that “her work as a leader is more important than ever right now” and “she’s been speaking with Oprah and other community leaders on how she can be part of the solution.”

What experience or training qualifies Meghan for her roll as a leader remains unclear at this point.

The friend also said that Meghan Markle thinks that her “gnawing urgency to uproot from England was fate so she could be at the forefront” of the current movement in the US.

In addition, Meghan is said to feel that her mission goes beyond acting, and that she wants to “use her voice for change and hasn’t ruled out a career in politics.”

This all comes after two significant events have occurred for Meghan Markle. First, Meghan gave a heartfelt video commencement speech to the graduating class at her former high school in which she spoke out about racism.

Second, Meghan reportedly distanced herself from her friend Jessica Mulroney after Jessica threatened to sue a black influencer over a dispute.

So, could Meghan Markle ultimately become involved in politics? We wouldn’t rule anything out at this point, and it doesn’t sound like she’s ruling anything out either.

Of course, becoming involved in politics could mean a lot of things, from simply supporting policies and/or candidates here and there to actually running for office herself.

We’ll have to wait and see what Meghan decides to do and how exactly she wants to use her platform, but it looks like we could see her, and even Prince Harry, become more involved in current issues at the forefront of the nation. Be sure to check back here at CDL for more British royals news and updates.