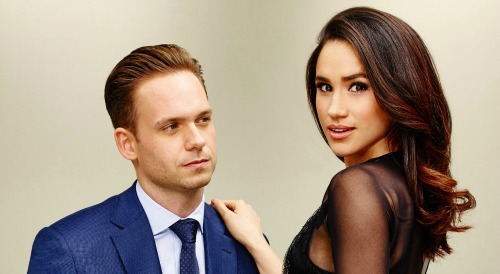 Fans of Meghan Markle, the Duchess of Sussex may have cause to rejoice as the actress and her husband, Prince Harry ditch royal life. This is because rumors suggest that the Meg is hatching a scheme to get her back on television. And, who can blame her? Fans of the royals who agree that Meghan Markle was great on the TV series, “Suits” may may now be asking, “what roles may await her now?”

If it’s true that television is back on the agenda, this could make for a much happier Duchess of Sussex than images people have seen of Meghan over the past year. Those who know Meghan Markle probably would agree with the assessment that acting is truly her first, best destiny. The fact that Prince Harry supports her endeavors shows what a doting husband the man is. No doubt, many who follow the juicy stories that are the lives of the royals wish that they, themselves, could have such a loving man in their lives.

Yet, how does anyone really know what the Duchess of Sussex is planning? Well, the word is out that Meghan Markle has been taking meetings with TV agents while at her new residence on Vancouver Island. In fact, according to close, personal friends of the Duchess, “Meghan has set herself a target of around September or October.” Could this mean fans could see Meghan Markle reunite on screen with actors like Gabriel Macht or Abigail Spencer by the end of the year?

Obviously, for those with careers in acting, New York or Los Angeles seem to be the best locations to make one’s home. Why then, is the Duchess of Sussex choosing to live in Canada? Couldn’t that hurt rather than help Meghan Markle’s efforts to get back into the entertainment world? The truth is, the Duchess’s security team advised the royal couple that a move to Los Angeles might actually be too dangerous. The risks, they say, would be enormous.

Fans probably agree that staying away from paparazzi and ensuring a bit of privacy and normalcy is in the best interests of Meghan and her husband Prince Harry. (Not to mention it’s probably best for the wellbeing of little royal Archie!)

Pragmatically, the couple’s decision to live in Canada also keeps them from having to foot a massive bill for security. That is, after all a good thing considering the fact that they will no longer receive salaries as “senior members” of the royal family.

On the bright side, the Meghan has already signed a rocking voiceover deal with Disney. Interestingly, in exchange for Meghan Markle’s voice over work, Elephants Without Borders received a substantial donation from Disney. Sadly, the deal infuriated “other senior members” of the royal family who accused the Duchess of Sussex and Prince harry of making entertainment moves before they’d even left royal duties behind.

Fans will likely agree that the couple’s move to North America may give them the kind of freedom they’re obviously craving. Imagine someone controlling your life all the time in what you say and do. Who wants that? One can hardly blame Meghan Markle or Prince Harry for getting on with their lives far from Buckingham Palace.

Whether Meghan Markle is able to rebuild her acting career and rise back to stardom is a question that will be answered in the months and years to come. One thing is certain, Fans of Meghan Markle are sure to be keeping a close eye on the Duchess as she moves forward with her plans!