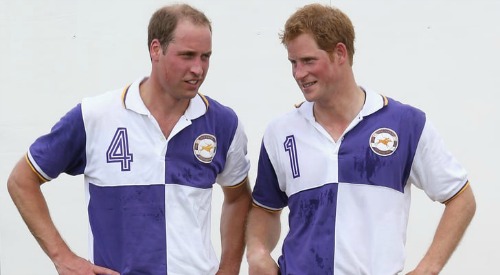 Prince William’s relationship with his brother has not improved since “Megxit.” It has actually gotten worse, but Meghan Markle can’t be blamed for all of it. An insider says the Duke of Cambridge never let his younger sibling forget which one of them was the future King.

It seems like we have been hearing about William and Harry’s royal rift for several months. However, a source says that it began many years ago when Harry left the Army. Instead of time making it better, the situation has only worsened.

Harry’s dissatisfaction, unhappiness, and resentment seemed to really take off after he married Meghan. A lot of people hold her responsible for the tension in the Royal Family. However, an insider told The Mirror that the brothers had major issues long before the actress even entered the picture. So, she didn’t make things worse, but she certainly didn’t make them better either.

Some sibling jealousy is to be expected, especially when only one of them can sit at the throne one day. Harry is the younger brother and has always looked for his place within the royal walls. He wanted to belong, but instead got the impression that he wasn’t needed.

It is believed that William always tried to look out for Harry. As the older brother, it’s his job to protect the younger one. However, a source claims that William indicated that he rubbed Harry’s nose in the fact that he would never take over the throne.

“It didn’t help that William never let Harry forget which of them was going to be King.”

The Army Made Prince Harry ‘Normal’

The trouble is said to have started when Harry left the Army. It is a decision he still regrets, but not just because of the sibling spat. He recently explained that the military made him “normal.”

The public still wonders what really triggered Harry and Meghan’s decision to step down and move to another country. They might have considered it for a while, but something happened that triggered the bombshell announcement that blindsided Queen Elizabeth, as well as everyone else.

We will probably never know the full story on what was the breaking point. Hopefully, William and Harry can one day work out their issues. The rift has caused a lot of stress and tension not just for the brothers, but for everyone who is close to them. A family is always stronger when everyone stands together.

Don’t miss all our hot Prince William and Prince Harry news here at CDL. We’ll pass along plenty of updates as other royals news rolls in.