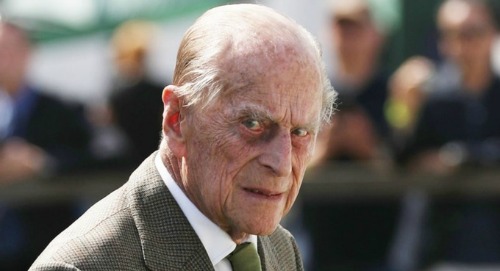 Prince Harry and Meghan Markle have left the UK and are reunited with their 10-month-old son, Archie Harrison Mountbatten-Windsor. According to a royal commentator, Prince Philip would not have approved of “Megxit” or how it has been handled. Could this be why he didn’t make a special appearance during Harry and Meghan’s farewell tour?

While Harry and Meghan were kept busy on their farewell tour, the public is a bit of a surprise that they left their son behind. After all, his extended family would have likely wanted to see the child, especially with them living so far away now.

Plus, Philip is 98 years old and won’t live forever. Some who follow the Royal Family speculate that Meghan intentionally withheld the child out of resentment. However, it’s possible that the couple’s schedule was too full and bringing along a child would make the situation more hectic. It also might have something to do with the coronavirus pandemic.

According to Express, it is not known if Harry and Meghan visited Philip during their visit to the UK. Royal commentator Richard Fitzsimmons doesn’t believe the couple saw the 98-year-old. However, he thinks that he is displeased with the couple after “Megxit” ordeal made headlines around the world.

He allegedly wouldn’t approve of them stepping down from the royal duties or for how they handled it. He is not sympathetic to Harry and Meghan craving independence or feeling they were not treated like everyone else. After all, Philip went through his own struggles… but he handled the situation in a more respectful and honorable way.

Fitzsimmons explains that Philip always had a strong sense of royal duty. There were times when he had his own issues with authority figures and people “not liking him.” However, he continued with his role and threw himself into projects that were important to him.

“…he has a strong sense of duty and he would not have endorsed their wish for independence and certainly not the way they handled it.”

Over the decades, Philip was involved in hundreds of good causes and charities. In fact, there was a time when he was attached to over 800 organizations. Fitzsimmons stated that Philip made the most of his royal life.

There are those that feel “Megxit” itself was an act of rebellion and disrespectful, especially how it was announced. There is no turning back now and only time will tell if they chose wisely or made the worst decision of their lives. Don’t miss all our hot royals news here at CDL. We’ll pass along plenty of updates as other Prince Harry and Meghan Markle news rolls in.